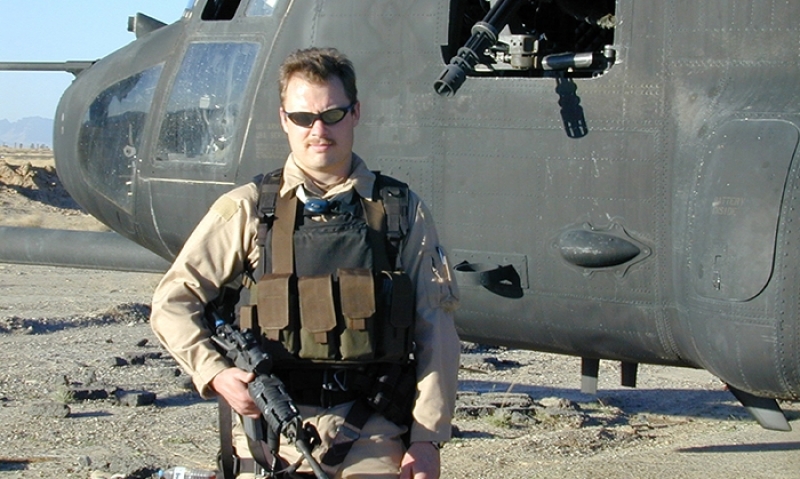 During the Legacy Run, Legion Family members will lay a wreath at the gave of Army Chief Warrant Officer 3 Corey Goodnature, who was killed on June 28, 2005, in eastern Afghanistan. Goodnature's parents will participate and then join the Riders for lunch.

This year’s ride will include wreath-laying ceremonies at veterans memorials, visits to historical sites and an opportunity for American Legion Riders to meet Legacy Scholarship recipients: the children of U.S. military personnel killed on active duty on or after Sept. 11, 2001, as well as children of post-9/11 veterans with a combined VA disability rating of 50 percent or higher.

Here are five highlights from this year’s ride.

• Army Chief Warrant Officer 3 Corey Goodnature was killed on June 28, 2005, in eastern Afghanistan when his MH-47D helicopter was shot down by enemy fire while coming to the aid of a Navy SEALS team under intense fire in the mountains. All 16 servicemembers on board were killed. Goodnature is buried in Graceland Cemetery in Albert Lea, Minn., which is one of the stops on the ride. Legion Riders will join Goodnature’s parents, Don and Deb Goodnature, to lay a wreath at Corey’s grave and then have lunch together.

• In Austin, Minn., ride participants will lay a wreath at the grave of Jay Catherwood Hormel, the son of Hormel Foods founder George Hormel and one of the founders of The American Legion in Austin. Jay Hormel, a World War I veteran, became president of the company in 1929 and chairman of the board in 1946. It was his decision to relaunch Spam in 1936 with a big marketing campaign, and during World War II more than 150 million pounds of the canned meat were served to U.S. servicemembers. Nearly 2,000 of Hormel’s workers served in the U.S. military during World War II, and Hormel promised each of them a two-week paid vacation and a guarantee of a job after the war. “In any case, your old job will be here for you,” he wrote in an open letter to all of his employees. “The person who has taken your place will have to find the next best job.”

• Additional stops on the ride include the Polaris Industries’ Spirit Lake, Iowa, facility where Indian Motorcycles are manufactured; the Remington Nature Center in St. Joseph, Mo.; and the Soldiers Field Veterans Memorial in Rochester, Minn.