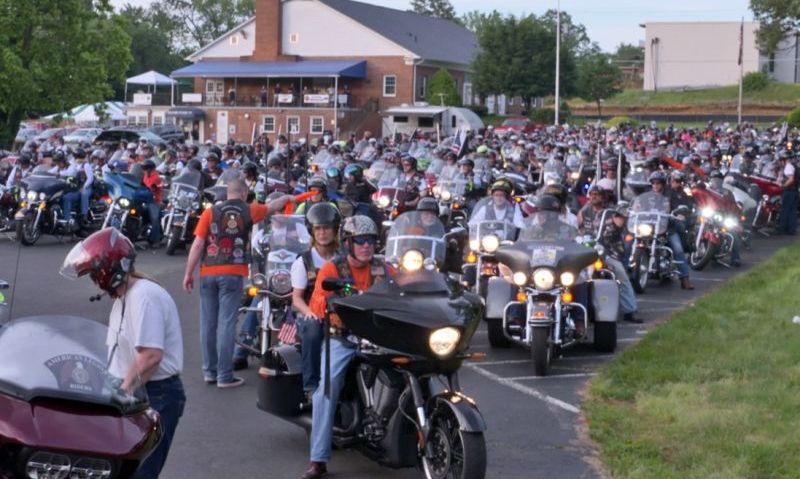 For the eighth straight year, American Legion Post 177 in Fairfax, Va., will be the epicenter of American Legion Riders activities during the Memorial Day Weekend’s Rolling Thunder, hosting 100s of American Legion Family members during its "Run to the Thunder." But the post has never seen numbers like it until this year.

In Late 2018 Rolling Thunder Inc., the national organizer for the massive motorcycle ride through Washington, D.C., to bring awareness to U.S. prisoners of wars and missing in action, announced it would no longer stage a national event in the nation’s capital. That’s led to a record amount of participants registering to take part in events based out of Post 177.

Bob Sussan, chairman of The American Legion Riders National Advisory Committee and a member of Post 177, said 550 participants have registered already to leave from the post to take part in the May 26 "Ride to Freedom" through D.C., while other Post 177 activities have drawn 400-500-plus registrants each. Sussan said that typically, 10-20 percent of those who actually participate don’t register ahead of time, so the numbers for each activity likely will be higher.

“And it’s still two weeks away,” Sussan said. “At this point we’re so far ahead of previous year registrations that it’s ridiculous.”

A December 2018 letter signed by Rolling Thunder Inc. National Executive Director Artie Muller and National President Joe Bean stated that starting in 2020, state Rolling Thunder chapters will coordinate similar demonstrations at the local level over Memorial Day Weekend. Bean further reiterated that in his organization’s newsletter this month, stating “This will be our last 'Ride for Freedom' demonstration in D.C. … in 2020 we will take the ride across the country.”

But Sussan said that doesn’t mean The American Legion Riders are done with Rolling Thunder in the D.C. area. “In the future, whether we ride on Sunday in some sort of what they call a ‘demonstration ride,’ or whether we ride on Monday and get into the Memorial Day Parade … the Legion Riders (will be involved),” he said. “The Legion, we have our resolution about POW/MIAs. Everybody wants to recognize those who have fought, especially those who have fought and never came home. That’s what it’s all about. You want to make sure the awareness is raised so that we keep pressure on the government for whatever conflict.

“If somebody was left on the battlefield or taken prisoner, we’ve got to do everything we can as long as we’re alive to get them home. So we’re going to continue from D.C. … and still do it every year. We’re not giving up, regardless of what Rolling Thunder does. It’s not just about riding. It’s riding for a purpose and a cause.”

American Legion Riders from all over the nation will be at Post 177 for events that will include a Friday night dinner and POW/MIA ceremony, followed by the escorted ride to the candlelight vigil at the Vietnam Veterans Memorial; a wreath-laying at Arlington National Cemetery Saturday afternoon and the Ride to the Thunder on Sunday morning. The post also will have vendors – including American Legion Emblem Sales – and host special guests throughout the weekend, including Gold Star families. There also will be breakfasts that Saturday and Sunday, as well as a BBQ dinner Saturday afternoon.

While Post 177 is the host, it’s getting some help from its Beltway comrades. Sussan said Maryland Legion Riders will be serving the Friday night meal and leading the ride to the candlelight vigil at the Vietnam War Memorial.

Despite the large jump in the number of registrants, Sussan said he’s confident in the logistical team in place in Post 177’s American Legion Family. “They’ve been doing it since 2012,” he said. “And the interesting thing is that all the people who started it are still involved. We have the experience of the past, and we continue to hone it each year to make it better. This year the challenges are the drastically increased numbers, but we have contingency plans in place. Regardless of what the number is, we’re going to be able to handle it.

“And what I think is a great example for the Legion as a whole is that all of the newer (Post 177) members are very much engaged in this, and the older folks that have been doing it or started it continue to work with (the newer members) and give them the leadership positions and help them know what they’re doing and not repeat mistakes we’ve made in the past.”

Post 177 is asking all Riders to register. There is no registration fees, but a $10 option is available to help defray costs.