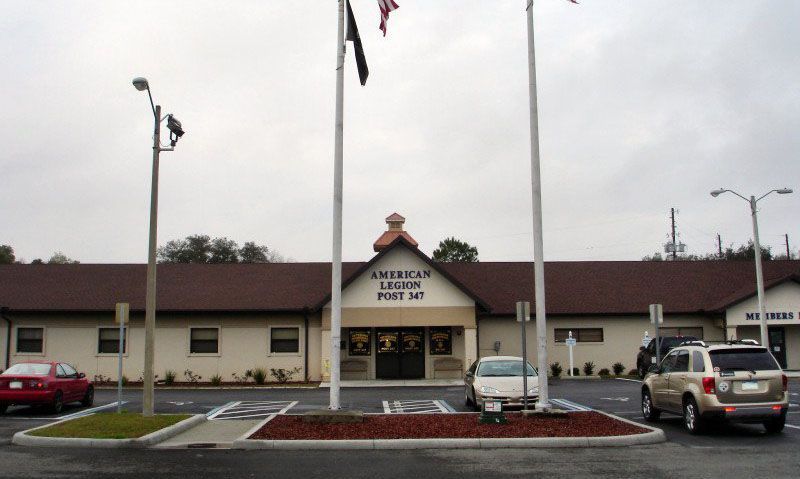 It’s fitting that in August, the world’s largest post will host the start of the biggest American Legion Riders event of the year.

Post 347 will serve as the kickoff point for this year’s Legacy Run, which will leave Lady Lake Aug. 18 to begin a seven-state ride that will wrap up in Indianapolis on Aug. 22 in time for the 2019 National Convention.

“I thought it would be a big honor for the post to be able to do that, so I was kind of anxious to get it going,” Varrone said. “And there were folks at my post who were anxious as well – especially my Riders.”

Post 347 didn’t have a Riders chapter until three summers ago, but Chapter 347 Director Gene Haplea said the number of Riders has grown to more than 100 since then. Hosting the kickoff of the Legacy Run “is a fantastic opportunity for some exposure and for a (Riders) chapter to get involved in some good,” Haplea said. “For ours, it’s even more so. We’re a relatively new chapter … doing some good things, some fun things and starting to become much more active within the post.

“To tack something like this on – the Legacy Run in any year is a noteworthy kind of accolade to be associated with. To host it in the centennial year, with all else that’s been going on with the Legion … is even more remarkable. We’re thrilled.”

With anywhere from 200 to 300 riders and their passengers on the ride, a Legacy Run stop at an American Legion post usually provides months of preparation for the post. But Varrone said his post is used to big events.

“Our post is probably an anomaly as far as American Legion posts go,” he said. “We’re used to hosting between 600 and 700 people at our post on Tuesday nights because that’s when our Queen of Hearts drawing is. Logistically, for the post to be able to handle it is a relatively easy thing to do.”

Varrone said the post doesn’t normally open up its kitchen until 5 p.m. on Friday but will have it open starting at noon on Aug. 16 and will serve food until 7 p.m. that night. The following day the post will serve lunch and then provide a spaghetti and meatballs dinner that night.

Varrone said the post’s kitchen is used to serving 150 to 250 meals on the busy Tuesday nights, making it well-prepared for the Legacy Run. And Varrone would know. His wife, Joyce, is Post 347’s kitchen manager and a member of American Legion Auxiliary Unit 347.

“They’re kind of used to it,” Varrone said. “And we have a good group of volunteers that handle that.”

Volunteers for any big event at the post come from a cross-section of the entire American Legion Family – including the more than 2,400 Auxiliary members and 700-plus Sons of The American Legion members. “Our volunteers, by and large, come from across the entire (Legion Family) spectrum,” Varrone said. “Normally when we do things at the post, it’s not just the Legion members. It’s the Auxiliary and the SAL, and we have a very good relationship across all the different organizations.”

Varrone said being able to kick off the Legacy Run at his post is a great honor – as is being the largest American Legion post in existence. “There’s a lot of pride there,” he said. “If you happen to be there on a Tuesday night ... and we have the 700 people in the building … the lounge manager gets up there right before the drawing … and he always starts it off by saying ‘Welcome to American Legion Post 347, the largest post in the world.’ You oughta hear the roar that goes up inside that place.”

Haplea said there’s also a great deal of pride in how the Legion Riders, through the Legacy Run, have taken up the cause of The American Legion Legacy Scholarship Fund, which provides college assistance for the children of U.S. military personnel killed on active duty on or after Sept. 11, 2001, as well as children of post-9/11 veterans with a combined VA disability rating of 50 percent or higher. The 2018 Legacy Run raised a record $1,300,804 for the Legacy Fund, the fifth-straight year the ride has raised more than $1 million.

The reason behind the fund also resonates strongly with Haplea, who was on active duty with the U.S. Navy in the Pentagon on 9/11. “I’m extremely proud to be a part of that kind of an effort that’s taken place and grown over all those years,” he said. “To me, it’s another testament … of just what kind of a role the Legion Riders have been playing and will continue to play and grow in their chapters. We’re that one unique effort at the post level that embodies everything the Legion is about, which is the family. We are the sole connecting point within the post that connects all the dots. We have members that are Legionnaires, members that are Auxiliary members and members that are SAL members.

“To have one group like that pulling everybody together … is really exciting. It’s humbling, but it’s exciting at the same time. And for the Legion Riders to have been handed the challenge … of heading up the lion’s share of the heavy lifting to make this Legacy Scholarship really, really come alive, is just extraordinarily special. It’s personally special to me.”