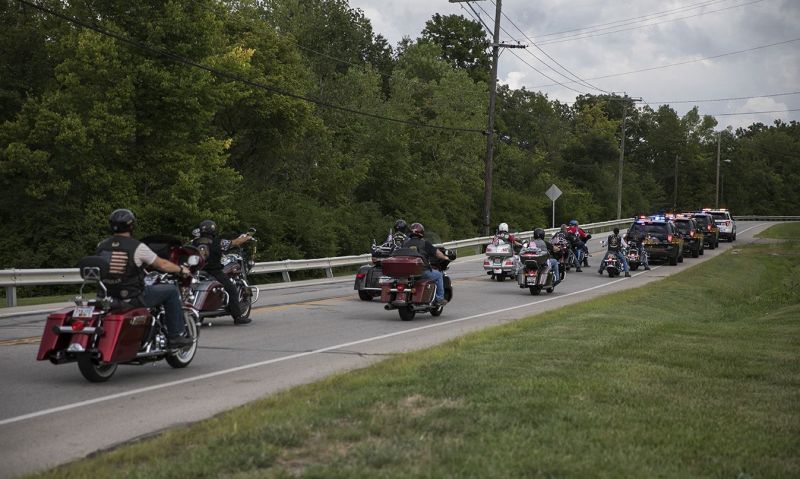 On Jan. 12, 1952, U.S. Army Cpl. Ronald Rosser charged three times into Chinese trenches to fight off the enemy and save U.S. wounded. His heroic actions earned Rosser the Medal of Honor.

Decades later, Tennessee Legionnaire Rick Wright had the opportunity to meet Rosser through a friendship between Wright’s wife, Tracey, and Rosser’s daughter, Pamela Rosser Lovell. Rosser, a 39-year member of American Legion Post 222 in Crooksville, Ohio, was living with his daughter in Bumpus Mills, Tenn., at the time.

Wright, a member of Post 72 in Dover, had been taking Rosser to dialysis around once a week, but even before that the two were able to bond during simple conversations. During the first one, Wright said, “I sat with him for three hours. I didn’t take a bathroom break. I didn’t move away from that table for three hours. It was fascinating, the life that this guy led and some of the things he’d done. He was an amazing man. I talked to him a little bit, but mostly I was just listening.”

Rosser passed away at age 90 on Aug. 26. Wright said Rosser’s daughter had asked for an American Legion Riders escort that originally was supposed to go from Tennessee to Crooksville, Ohio, near where Rosser was born and where his funeral service would take place. But as plans were being made for that, American Airlines stepped in and said it would fly Rosser’s remains to John Glenn Columbus International Airport.

Wright had reached out to National American Legion Riders Committee Chairman Mark Clark about helping arrange logistics through the three states the escort would have gone through. But with that no longer necessary, Clark instead reached out to contacts in Ohio and other regional American Legion Riders leadership shortly after midnight on Aug. 27 about providing an escort in Ohio.

Ohio American Legion Riders Director Mindy Hinkle helped put out the word, as did other Legion Riders. Jack Nix – the American Legion Riders liaison to the Department of Ohio’s Executive Committee and a member of ALR Chapter 535 in Bellville, Ohio – helped organize the escort from the airport in Columbus to the Goebel Funeral Home in Crooksville, where Rosser’s funeral arrangements were being made.

Nix said he and other American Legion Riders weren’t going to miss an opportunity to provide an escort to a Medal of Honor recipient. Even thunderstorms that drenched Nix and his wife Julie, a Legion Rider and member of Auxiliary Unit 535, on the way to and from the escort didn’t provide a deterrence.

“Others endured the rain too,” Nix said. “As somebody said, for many it was a once-in-a-lifetime opportunity: to be able to have the opportunity to escort a Medal of Honor recipient. We did what we had to do.”

Back in Tennessee, American Legion Riders from Chapters 72 (Dover) and 233 (Fort Campbell) mustered at 2:15 a.m. on Aug. 28 at the Anglin Funeral Home in Dover and organized an escort for Rosser to the Nashville International Airport. Around 16 or so motorcyclists helped provide the escort, while others manned a flag line on both sides of the street.

“It was amazing,” Wright said. “It’s an honor to do it for any veteran. But this is a veteran that I knew and one that I admired. It was a great feeling to be able to honor his daughter’s wishes and be able to escort not just a veteran, but a friend, toward his final resting place.”

Rosser’s body arrived in Columbus mid-afternoon that day – less than 39 hours after the original request for an escort was made – and was greeted outside of the airport by a procession of motorcycles that included 17 American Legion Riders representing five different Ohio ALR chapters. Department of Ohio Commander Roger Friend also took part in the escort, traveling in his official American Legion vehicle, while Department Adjutant Suzette Heller also participated in honoring Rosser.

Ohio State Police and the Columbus Police Department “were absolutely phenomenal” in guiding the escort, Nix said. “We were the only ones going on the interstate south and then eastbound. They were there to honor a veteran.”

Nix said at least half of the overpasses along the route had some kind of fire department presence, and along the exit from the interstate, while residents lined the streets of Crooksville, where the funeral home was located and where the funeral ceremony took place.

“I did have a brief opportunity to talk to (Lovell) at the funeral home,” Nix said. “She was very happy with everything."

Wright made it a point to praise Hinkle, Heller and the other Ohio American Legion Family members for their efforts in providing Rosser his final escort. And for Nix, being able to honor Rosser was extra special. Nix’s father served in the Korean War, and during his own military service, Nix was stationed on the DMZ in Korea and took his father’s duffel bag with him while being stationed there.

“It was last minute … but it went extremely well,” Nix said. “We love our veterans. We’re one with them. The opportunity to escort a Medal of Honor recipient, that may never happen again in my lifetime. I was not going to miss it, no matter how wet I got.”

For an American Legion video interview with Rosser, click here.