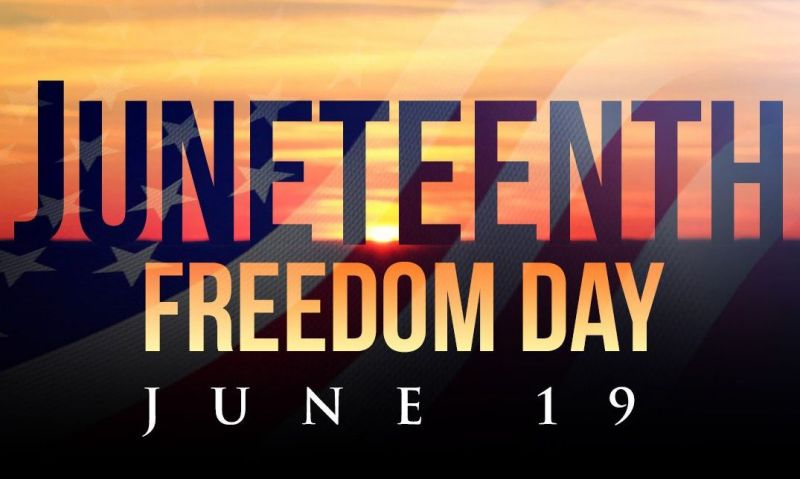 New York Legionnaire Christopher Holshek was in the process of arranging a motorcycle escort for the pieces of a Buffalo Soldiers statue that will be assembled and placed at West Point as they traveled through the area when another topic came up: expanding the annual Juneteenth celebration in Orange County to include a motorcycle ride.

That’s where the inspiration came for the first Juneteenth Underground Railroad Freedom Ride, which included American Legion Riders from Chapter 1573, as well as Buffalo Soldier Riders from West Point, New York City, New Jersey and Maryland. They all came together to honor Juneteenth, which marks the day federal troops arrived in Galveston, Texas, in 1865 to take control of the state and ensure that all enslaved people be freed. On June 17 of this year it officially became a federal holiday.

More than 30 motorcycles traveled the route from Port Jervis to Goshen and Newburgh before heading into Highland Falls, which sits just outside the main gate to West Point. There, the riders joined the town’s Juneteenth parade and celebration.

“I thought, ‘How fitting would this be, to have a ride through Orange County, along this Underground Railroad Route … into Highland Falls for the Juneteenth parade,’” Holshek said. “It’s very symbolic.”

With little time to organize the ride, Holshek reached out to fellow Legion Riders and other motorcycle groups; more than 30 showed up on the day of the ride.

“We gathered them around, and I was just profusely thankful for them doing this,” he said. “I explained the route and the symbolism … that U.S. Route 6 is also called the Grand Army of the Republic Highway. It doesn’t get much better than this. And a lot of the fugitive slaves were given refuge in houses along the way. It was really obvious to me that what this was all about is freedom.”

Holshek is the founder of the National Service Ride, a community-based national initiative that leverages motorcycling's appeal to freedom, adventure, and moving forward to promote citizenship and service.

He said the Juneteenth ride’s mission was to promote freedom, which Holshek also said is “the central cause of our country. Freedom is the central point of our identity. Freedom is Americanism. To be an American means to be free.”

Holshek said a majority of the motorcyclists on the ride were veterans. Before they departed on the ride, he thanked them for their service while reminding them “our work isn’t finished yet. We set the example for the rest of the country with our dedication to the cause of freedom. We can all unite around that.

“We have here the most powerful military force in the world, and it’s not just because of the fact we’ve got neat toys, but because we’re about something. We’re about this cause of freedom, and yet we are at the same time … the largest and most successful multi-cultural institution in the world, with all the different … genders and colors of skins … all the diversity we represent. Yet we come together to unite for this one cause. This is what we need to carry over and demonstrate to the rest of the country. Juneteenth is also about unity behind the cause of freedom.”

Holshek said there was “immediate consensus” a similar ride will take place next June. “Bigger and better,” he said. “We’re going to reach out to more motorcycle clubs. We’ll reach out to other organizations. This is something that we kind of stumbled upon and have been able to find a lot of symbolism.”