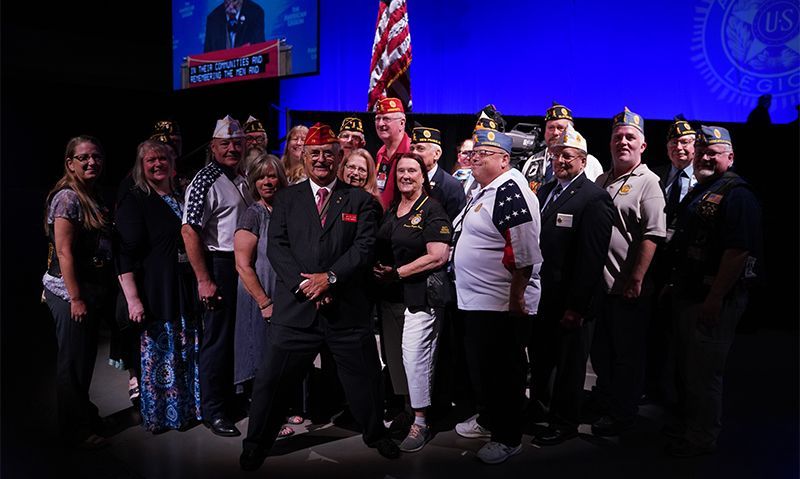 One year after the coronavirus pandemic forced the cancelation of the 2020 American Legion Legacy Run, the Legion Riders and other members of the American Legion Family came back as strong as ever in their fundraising efforts.

On Aug. 31 during The American Legion National Convention in Phoenix, donations made on the stage brought the Legacy Run total to more than $1.1 million. The annual ride raises money for The American Legion Legacy Scholarship Fund, which provides college scholarships to the children of U.S. military personnel killed while on active duty on or after Sept. 11, 2001, as well as for children of post-9/11 veterans with a combined disability rating of 50 percent or greater by the Department of Veterans Affairs.

The donation total marked the seventh time the Legacy Run has surpassed $1 million and raised the amount raised for the Legacy Fund through the ride to more than $12.6 million dollars since 2006.

Through its in-state Legacy Run, the American Legion Department of Minnesota was able to donate $174,000, the fourth time the department has delivered a six-digit donation to the fund since 2017.

With nearly a $24,000 donation at the convention and another $71,000 previously donated this year, the Department of North Carolina raised $95,000 for the Legacy Fund. The Department of Missouri contributed $82,100, while six other departments donated more than $20,000 each.

This year’s Legacy Run left Rogers, Ark., on Aug. 22 and arrived outside of Phoenix on Aug. 26. In between over more than 1,400 miles were a couple long days that included triple-digit temperatures and high humidity.

“It was a tough and grueling ride because of the temperatures we had to ride through,” said Mark Clark, the ride’s chief road captain and chairman of the National American Legion Riders Advisory Committee. “We ride for the kids. And it doesn’t matter what the weather is or what the temperature is. It’s just what we do.”