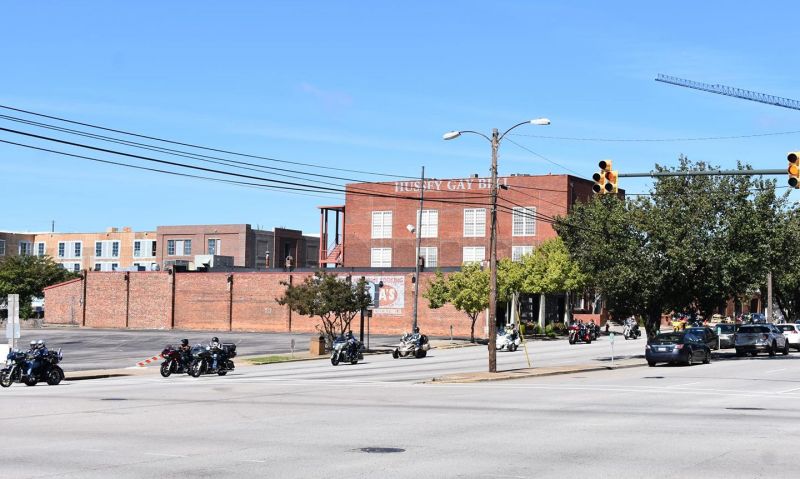 When the coronavirus pandemic hit in 2020, The American Legion Department of South Carolina’s American Legion Riders already had planned their ninth annual in-state Legacy Run. That ride was scheduled for April but was then pushed back to October 2020 and then to April of this year.

But with issues involving lodging, restaurant stops and other health concerns because of COVID-19 restrictions in place, the ride again was pushed back, this time to this month. And this time, nothing got in the way of the South Carolina American Legion Riders from gathering for what has become an annual passion project for them.

On Oct. 9 and 10, around 70-80 Legion Riders from throughout the state took part in the 550-mile ride. Around 50 motorcycles left Walterboro, S.C., the morning of the 9th and traveled through various towns and cities before ending the day in Anderson. The following day the group rode to the South Carolina Statehouse in Columbia to wrap up the ride with a ceremony.

South Carolina ALR Director John Siemers was the assistant state director in 2020 and organized the ride that eventually was postponed to this year. He said although his state’s Legion Riders have been able to get out on their motorcycles during the pandemic, being able to again gather with others across the state was overdue.

“We have been on our bikes. We just didn’t do the state ride,” said Siemers, a member of American Legion Post and ALR Chapter 193 in Chapin, S.C. “Getting back together, it just feels good to get together with a group. (The cancellation of the 2020 ride) was disappointing, but we understood.”

All money raised on the ride will go to The American Legion Legacy Scholarship Fund, which provides college scholarships to the children of U.S. military personnel killed while on active duty on or after Sept. 11, 2001, as well as for children of post-9/11 veterans with a combined disability rating of 50 percent or greater by the Department of Veterans Affairs.

South Carolina had conducted an in-state Legacy Run every year since 2012, raising more than $470,000 for the Legacy Fund. State ALR leadership adapted in 2020 when it realized a state ride wasn’t going to happen and instead asked individual Legion Rider chapters to stage their own Legacy Runs, documenting them with photos that could be gathered to show the department’s 2020 Legacy Run efforts.

Siemers said he won’t have a complete total of what was raised until South Carolina’s department convention next year, and that the state’s Riders are planning to combine this year’s total with that raised during their 2022 in-state ride in April.

“We’ll get back on track, and it will probably be a bigger check from us with the two years combined,” he said. “The Riders, nationally, have adopted the Legacy Fund. We feel the greatest thing you can do for a fallen comrade is educate their kids. That’s what motivates us: to see that they are taken care of. If they need money, they’ll have it to go to school. It’s very important that we continue to do this – to make sure that every child has an opportunity.”