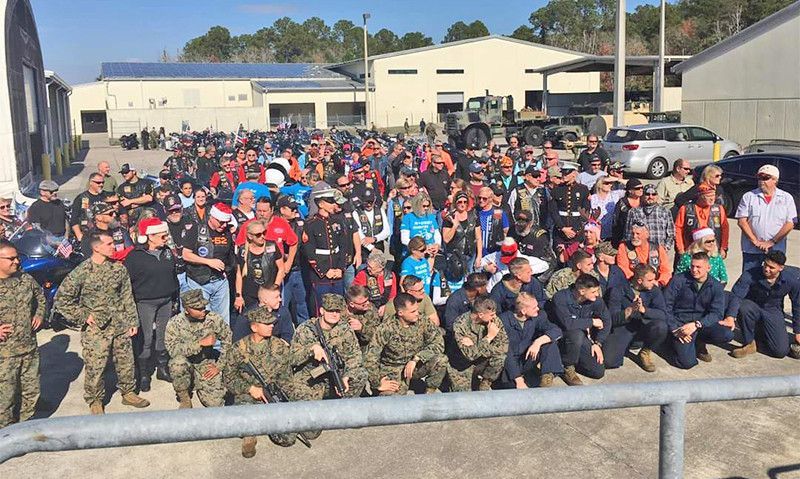 Shelly Blevins said she grew up in a less-than-ideal financial situation. That’s one of the reasons why the Marine Toys for Tots program is so near and dear to her heart – and why what started as her own personal fundraiser has grown into one taken on by the American Legion Department of Florida’s 5th District.

Blevins said other American Legion posts started to get involved, and by 2019, the fundraiser was a 5th District program. Seeing it grow has been special for Blevins – as is Toys for Tots itself.

“I grew up very poor,” Blevins said. “When I got involved with the Legion, it just kind of made sense. I became friends with several Marines at the different posts. And this is easy. It’s children. It’s the Marines. To me, it was an easy fit.”

The most recent show of support took place this holiday season, when the district was able to purchase nearly $17,000 worth of toys and bicycles to donate to Toys for Tots. Marines from Blount Island Command in Jacksonville come to Post 283 to pick up the toys and typically are given an escort back to their base by American Legion Riders.

“I was not going to do escorts anymore,” Blevins said. “I called the Marines to touch base with them. The person I was talking to said, ‘you’re the Legion motorcycle people.’ I laughed and went ‘yeah.’ And he goes, ‘we can’t wait for our escort.’”

Blevins immediately reached out to ALR Chapter 283 Director John Lang, who “immediately started sending out emails to the 5th District,” Blevins said. “And the turnout was amazing. These people had five days’ notice. That’s what made this year so special. It was probably my favorite year of all the 12.”

Blevins said 97 motorcycles from 5th District Legion Riders and at least one other district showed up at Post 283 on Dec. 4 to escort the Marines back to base. The Sons of The American Legion Squadron 283 cooked hot dogs and hamburgers for everyone who came to the post.

The program has gotten so successful that toys continue to be donated after Christmas. Blevins said those items are taken to the Wolfson’s Children’s Hospital in Jacksonville to be distributed there.

“It went from being a neighborhood charity to kind of a Legion one,” Blevins said. “And now it’s kind of a 5th District thing. It’s evolved over 12 years.”