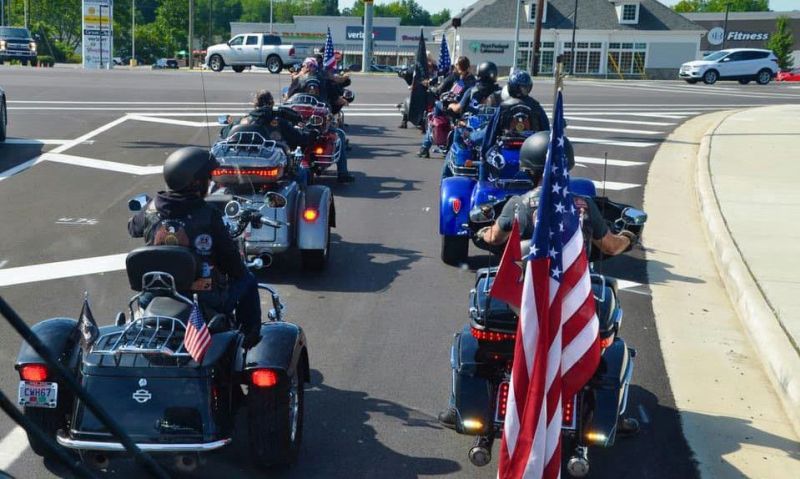 Ohio Legionnaire Mike Schrull has been on 11 national American Legion Legacy Runs. Doing so has allowed him to make friends he may have never crossed paths with otherwise. It’s also created in him a desire to emulate the national Legacy Run at the department level – something he and other Ohio American Legion Riders have been working on since 2020.

Ohio’s Legion Riders had their first state Legacy Run in the works for 2020 before the pandemic hit. They were able to conduct one a year later, raising around $7,500 for The American Legion Legacy Scholarship Fund.

And now, Schrull is coordinating the 2022 Ohio American Legion Legacy Run, with a goal of more than doubling the number of participants and raising even more funds than the previous year.

“What we’re trying to do in Ohio is make it like the national (Legacy Run),” said Schrull, commander of American Legion Post 211 in Avon Lake, Ohio, and the director of the state Legacy Run. “We’re asking posts from all over Ohio to bring donations in to where our (state ride stops) are. We’re trying to get Ohio involved like I’ve seen some of the other (American Legion departments) doing.”

The Ohio American Legion Legacy Run will depart Post 211 on June 23 and conclude at Department of Ohio Headquarters in Delaware on June 25. The ride will visit Ohio Legion posts along the way, including overnight stops hosted by Post 11 in Lancaster and Post 199 in Harrison. The route also will include a stop at the Veterans Freedom Flag Monument, which is made of granite bricks and is the largest known permanent flag monument in the United States.

Around 20 participants have signed up for this year’s ride, with Schrull anticipating that number to triple. For more information about the ride, including registration information, click here.

Schrull said the 2022 state ride already has more than $10,000 pledged in donations. “I’m excited. I really am,” he said. “We have a whole lot of support this year. Department is giving us so much support. It’s just amazing.”

Schrull feels that more and more American Legion departments are conducting their own in-state rides, a result of the excitement caused by the national Legacy Run. And it’s also created what he feels is a friendly competition between departments to see who can raise more money.

“The national (Legacy Run) has instilled upon the states to make this bigger and bigger – almost to where it becomes a challenge now,” he said. “Now, we’re getting more (Ohio) posts that are saying, ‘Hey, we want you to come through our post.’ I’m trying to set the route up so it’s going by as many posts in the area that we can.”

American Legion departments planning on staging their own in-state versions of the Legacy Run are encouraged to let American Legion national media know of their plans. Please either email sbrooks@legion.org or message the National American Legion Riders Facebook page.