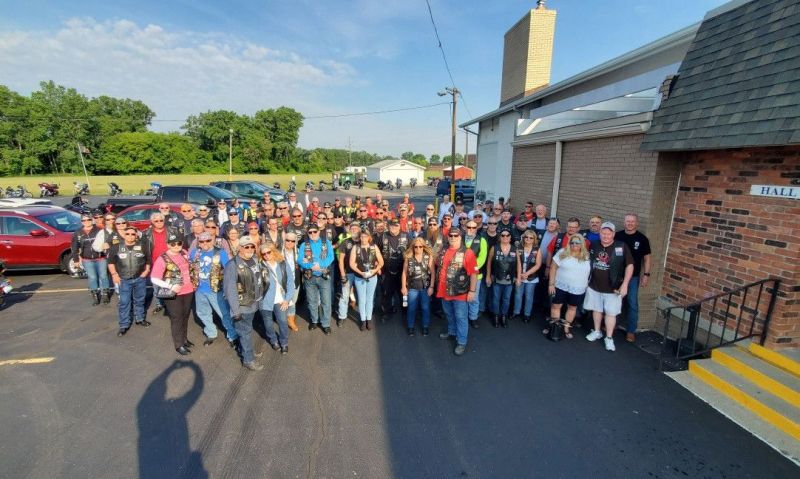 For the eighth time in the past nine years, American Legion Riders in the Department of Michigan will stage a state version of the Legacy Run. This year’s Michigan Legacy Run will take place June 10-12, starting off at American Legion Post 16 in Lapeer and finish up at Post 219 in Fife.

Thomas Lossing serves as Chapter 16’s American Legion Riders director, the post’s first vice commander and Michigan’s Seventh District sergeant-at-arms. And with Post 16 hosting the kickoff of the state Legacy Run, he’s also serving as the primary coordinator for the ride. He’s never been on the Michigan Legacy Run, so he is using the knowledge of others who have to help coordinate this year’s ride.

“We’ve had some suggestions from people who have done the ride in the past,” said Lossing, who spearheaded the organizing of Chapter 16 less than three years ago. “So, I hold a monthly, and I’ve got people that come and attend our meetings from other posts. And I’ve put together small committees to handle different aspects of this. It has consumed every spare minute of my life since last June.

But Lossing said the cause the ride benefits – The American Legion Legacy Scholarship Fund – makes the effort worth it, as is the exposure it will provide to his chapter and post. “It’s a really big deal for us,” he said. “It’s getting our name out there and making other chapters aware of us: ‘Hey, we’re new and here we are.’ People are starting to notice our post a little better because our name is out now.”

Lossing set up a committee to solicit donations from a list of more than 200 Michigan businesses to the Legacy Fund prior to the ride. It created donor and sponsorship forms, as well as a letter explaining exactly how the Legacy Fund benefits the children of fallen military and disabled veterans.

“We’ve got a lot of information going out in the mail,” he said. “We’re pushing it on social media as hard as we can. I want this to be big.

For more about the Michigan Legacy Run, including registration information, click here.

American Legion departments planning on staging their own in-state versions of the Legacy Run are encouraged to let American Legion national media know of their plans. Please either email sbrooks@legion.org or message the National American Legion Riders Facebook page.