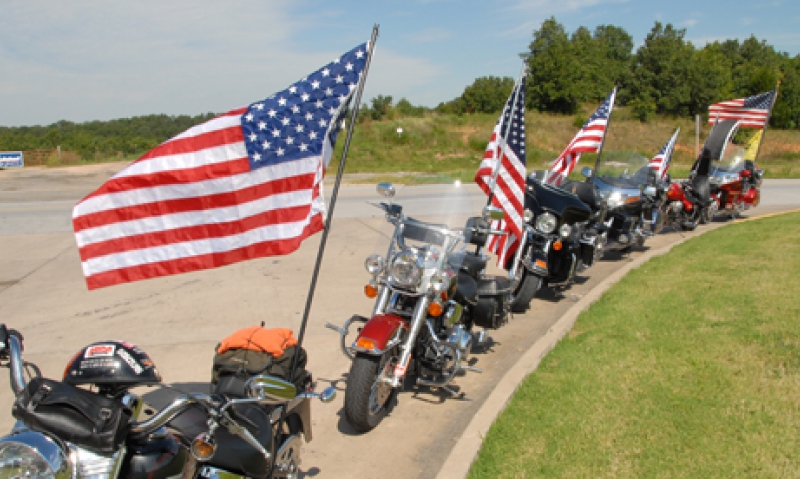 On Sunday, Aug. 22, 301 American Legion Riders will depart Indianapolis and travel more than 1,400 miles over five days. The reason: to raise money for The American Legion Legacy Scholarship Fund. The fund was established to provide scholarships for the children of U.S. servicemembers killed on active duty on or after Sept. 11, 2001.

Check-in/registration and safety training will take place Saturday at Wayne Post 64, and The American Legion National Commander Clarence Hill will attend a ceremony at the post that kicks off the run. Post 64 will host a dinner that evening.

The Riders depart Indianapolis at 8 a.m. Sunday, arriving at Higginsville (Mo.) Post 223 for an event that night.

The rest of the schedule:

Tuesday: Depart at 8 a.m., with a stop at Iowa National Guard Camp Dodge in Johnston, Iowa, and evening event at Post 56 in Albert Lea, Minn.

American Legion's Multimedia Editor Steve Brooks and American Legion Magazine Assistant Editor James V. Carroll will be traveling with the riders, providing daily updates, along with photos and video, from various stops on the run. Check the Legion Web site daily to follow the run. A map of the complete run is available here.