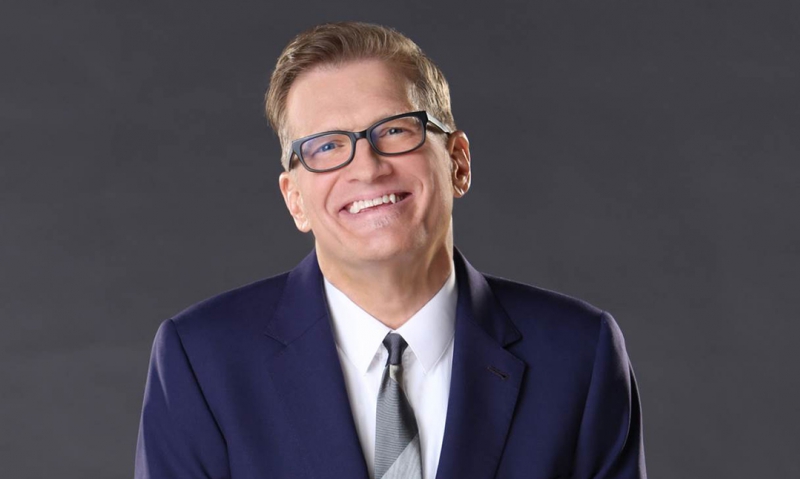 Drew Carey — comedian, actor, author and host of “The Price is Right” — will emcee the Veterans Inaugural Ball – Salute to Heroes hosted by The American Legion on Jan. 20.

The event — organized by the Veterans Inaugural Committee, made up of 15 congressionally chartered veterans service organizations — is the longest-continuous inaugural event for veterans.

Carey spent six years in the U.S. Marine Corps Reserves and supports the military, veterans, servicemembers and their families. “I am proud and honored to be a part of such a momentous event,” he said. “I look forward to paying tribute to my fellow veterans and the Medal of Honor recipients.”

“The American Legion would like to thank Drew Carey for his service to our country and lending his talents to this event,” Schmidt said. “We know with him behind the microphone everyone in attendance will have a fantastic time. It is only fitting that on the night the new commander-in-chief takes office, the opportunity is given to thank the bravest of the brave — our nation’s Medal of Honor recipients — in person and we are proud to provide that opportunity once again.”

President Dwight Eisenhower began the tradition of the Veterans Inaugural Ball in 1953 as a way for the newly sworn in commander in chief to pay tribute to Medal of Honor recipients on the night of the inauguration.

The president and/or vice president will attend the ball, as has been the case ever since Eisenhower’s inauguration. Other invited guests include members of the Joint Chiefs of Staff, congressional representatives, celebrities, corporate citizens and veterans group leaders.

The black-tie event begins with a reception at 5:30 p.m., followed by dinner at 6:30 p.m., dessert and coffee at 9 p.m., and entertainment and dancing at 10 p.m. It will take place at the Renaissance Washington, 999 Ninth St.

Tickets for the reception, dinner, dessert and ball are $300 and are available here. Information on sponsorships, premium packages and table purchases are also available by emailing info@salutetoheroesball.org.