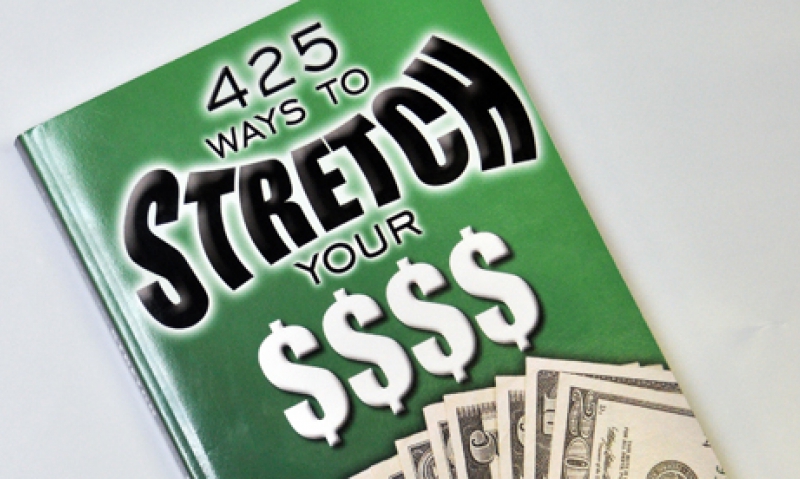 Vernon Williams wants to help people save money. That's why he wrote the book "425 Ways to Stretch Your $$$$." The book offers tips on how to cut credit card debt, find college scholarships, save for retirement and reduce household expenses.

But as a Legionnaire, Williams wants to raise money for The American Legion Legacy Scholarship fund, which provides scholarships for the children of U.S. servicemembers killed while on active duty on or after Sept. 11, 2001. That's why Williams is donating 20 percent of the proceeds from the sale of his book to the Legacy fund.

"I believe every child should have access to a college education," Williams said. "That access should not be denied because a parent has been killed in the line of duty while defending our liberties."

Williams, a member of Post 300 in Columbia, Md., has taught hundreds of workshops on goal setting, and setting up and managing a spending plan while eliminating unnecessary expenses. He has discussed his money-saving tips on several media outlets, including National Public Radio station WEAA and Comcast's "Money Matters Today" program.

"The Legion is honored to work with Vernon Williams to benefit the children of our Armed Forces who died while on active duty on or after September 11, 2001," said Michael Novak, program coordinator, for the Legacy fund.

To read sample chapters from and testimonials about Williams' book, or to purchase it for $10, click here.

Although children who have lost a parent in the line of duty are entitled to receive money toward a college education, it's not enough. The total survivor college benefit for these children is slightly more than $36,000. In today's dollars, this pays a little more than half of the cost of a four-year degree. The gap between the amount provided and the cost of college expands when future costs are considered. The most conservative estimates suggest an annual increase in the cost of college of 5 percent per year. So, in 16 years, the most affordable college education will be approximately $106,000.