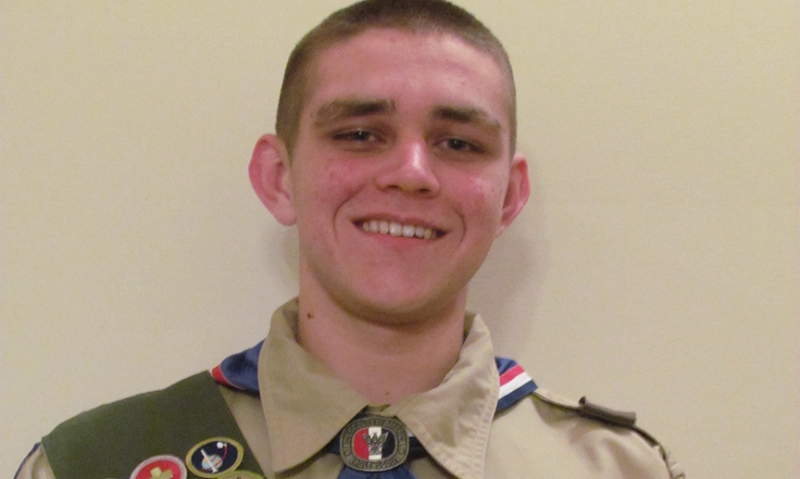 Ethan Copple of Elkhorn, Neb., is the 2015 American Legion Eagle Scout of the Year.

Ethan Copple, a junior at Elkhorn South High School in Elkhorn, Neb., has been named The American Legion's 2015 Eagle Scout of the Year. Copple will receive a $10,000 scholarship from The American Legion in recognition of the honor.

For his Eagle Scout community service project, Copple spearheaded an effort to erect a granite stone Korean War memorial in Douglas County, his home county. Copple raised funds and gathered the necessary supplies to build the 5-foot tall, 3.5-foot wide memorial. He gained inspiration for the project after learning in his history class that the Korean War is often called "the Forgotten War" and that his hometown did not have a memorial honoring it.

A member of Troop 375 in Elkhorn, Copple is a Scout of 11 years and also a National Honor Society member.

The Legion also recognized three runners-up for the award: Michael James Parker of Mayville, N.Y.; Jacob S. Kelley of Cottage Grove, Wis.; and Braeden Benedict of Rancho Palos Verde, Calif. Each of them received a $2,500 scholarship from the Legion.