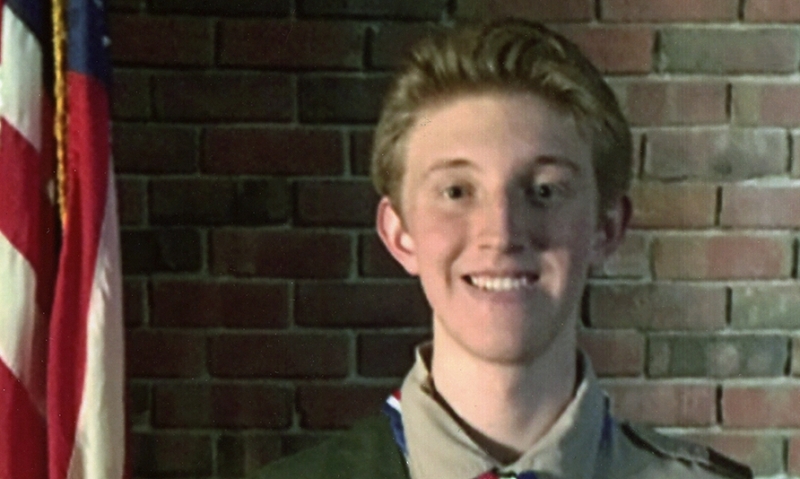 Michael John Ankner of Denver is The American Legion’s Eagle Scout of the Year for 2018. The announcement was made May 10, to the National Executive Committee, during the Legion’s Spring Meetings in Indianapolis. He will receive a $10,000 scholarship.

Ankner is a junior at Denver East High School and a member of Boy Scout Troop 199. For his Eagle Scout project, he partnered with more than 35 businesses and his troop to redevelop the grounds at the Denver Indian Center, which provides career, community and family services to Native American youth. His project provided the center with a fire pit and natural rock benches to support “cultural transmission through storytelling,” a garden, and an art display space decorated with a 50-pound glass mosaic. Ankner raised nearly $20,000 for the project and provided 356 volunteer hours.

“My Eagle Scout service project is unique. It required specialized skills such as irrigation, woodworking, stone masonry, mosaic design and xeriscape horticulture,” Ankner said. “Over 1,370 volunteer hours were given, including the 356 hours I personally contributed.

“Scouting has been a big influence in my life and an activity I have enjoyed sharing with my family.”

Ankner will join other American Legion youth program champions for a special recognition during the organization’s national convention in Minneapolis in August.

There were 34 Eagle Scout of the Year applications submitted from American Legion departments. Learn more about the award at www.legion.org/scouting.