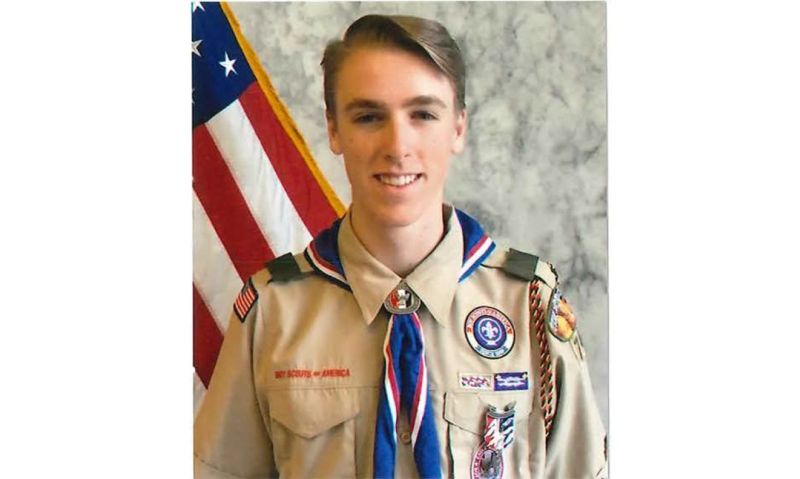 Jaden Anderson of Provo, Utah, is The American Legion’s Eagle Scout of the Year for 2019. The announcement was made May 9 to the National Executive Committee during the Legion’s Spring Meetings in Indianapolis. He will receive a $10,000 scholarship.

For his Eagle Scout project, Anderson worked with the U.S. Forest Service at Payson Lakes in Utah to re-stain old bridges along the main trail and plant more than 250 shrubs where people were making their own trails. This planting was to "encourage people to use the main, more sustainable trails, and thus keep the rest of the landscape from being degraded. This planting was also done to prevent dangerous encounters with wildlife, littering and wildfires," Anderson wrote in his Eagle Scout of the Year application.

The project involved more than 30 volunteers and 200 hours of service.

"I am passionate about Scouting," Anderson said. "I am committed to Scouting and in giving back what I have learned. I live by the oath and law and try to make differences in people's lives. Serving others in need is one of the most enjoyable things to do as a leader."

Anderson has attended over 20 Scout camps and has served his community in many ways, including by gathering food and other items for the Utah Guard Pantry Drive, which supports unemployed, underemployed and military families in need; caring for disabled veterans; and raising money to support wounded warriors. He has also helped build an orphanage in Mexico and a school in Mozambique, as well as feed the poor in Central America. And as the son of a late Utah National Guard solider, Anderson volunteers for the Little Warriors camp for family members of fallen servicemembers who have lost their lives in battle or by suicide upon returning home from combat.

"My life philosophy as an Eagle Scout includes honoring and serving my community, country and God. I strongly believe in helping my community, which in turn is a service to God and showing patriotism through active involvement with military veterans and their families who have all sacrificed so much for our nation."

Anderson will join other American Legion youth program champions Aug. 23-27 for a special recognition during The American Legion's 101st national convention in Indianapolis.

The American Legion Eagle Scout of the Year will receive a $10,000 scholarship. Three runner-up scholarship awards will be granted in the amount of $2,500 each.
VIEW FORM