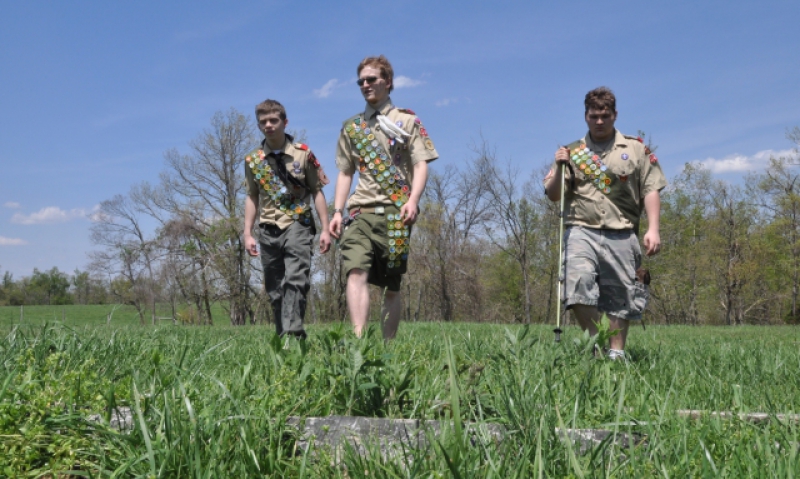 Boy Scouts are on the trail of young Abe Lincoln’s life in Kentucky. (Photo by James V. Carroll)

Many years before Abraham Lincoln became the 16th president of the United States, he wandered the hills and dales of Kentucky around his birthplace near Hodgenville. Here is where he nearly drowned, had it not been for his boyhood playmate, Austin Gollaher, who is said to have pulled young Lincoln from the flooded waters of Knob Creek. Here is where his infant brother, Tommy, is buried near a stretch of the Kentucky Lincoln Heritage Trail. And it is here that area Boy Scouts for more than half a century have taken it upon themselves to preserve Lincoln's boyhood legacy.

Today, many segments of the Scouts' original Kentucky Lincoln Heritage Trail cross private property and are inaccessible, says Jason Wilson, Boy Scouts of America field director for the Lincoln Heritage Council. Scouts may be unable to preserve the entire trail, but they are working to put together a plan to restore a hilltop grave site along the trail where Lincoln's younger brother, Tom, is buried.

"Boy Scouts plotted the trail more than 65 years ago to mark Lincoln's odyssey in the Bluegrass state.

The trail was a good idea then and it is a good idea now," Wilson said. "Tommy Lincoln's grave site project is a perfect fit for us."