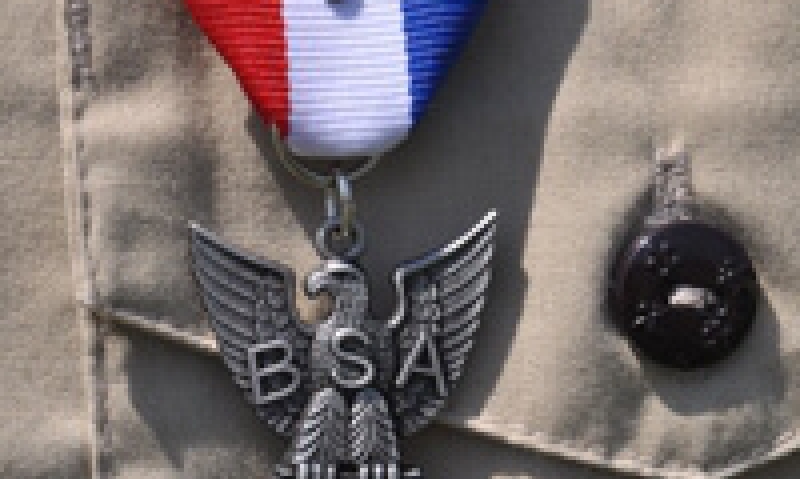 The deadline for American Legion departments to submit nominations for Eagle Scout of the Year is fast approaching. Department nominations must be received by National Headquarters no later than April 1.

In addition, the nominee must:Be an Eagle Scout, be a member of his religious institution, and must have received the appropriate Boy Scout religious emblem. Have demonstrated practical citizenship in church, school, Scouting and community.Have reached his 15th birthday and be enrolled in high school at time of selection. Eagle Scouts still in high school who reached their 18th birthday during the nomination year remain eligible if otherwise qualified.

The American Legion Eagle Scout of the Year receives a $10,000 scholarship. Three second-place scholarships in the amount of $2,500 each will also be awarded.

The American Legion National Americanism Commission's Youth Activities Subcommittee will review department nominations and, in their judgment, select the Eagle Scout of the Year. The selection will be announced in May at the 2010 Spring Meetings of the National Executive Committee in Indianapolis.