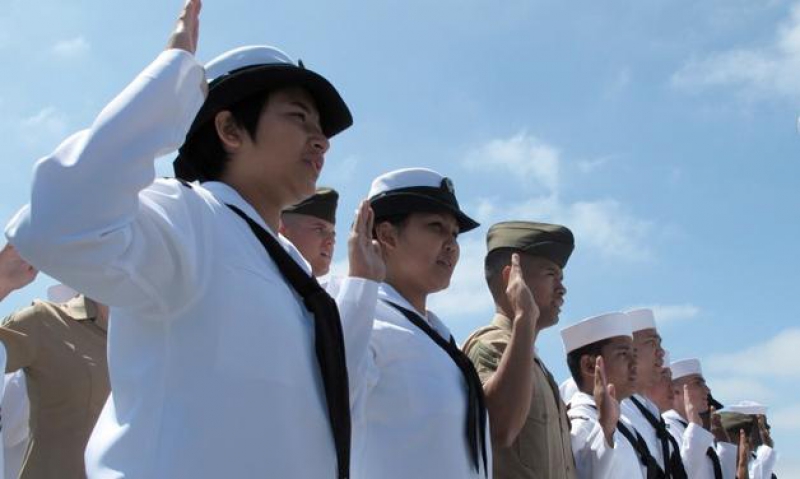 Though pleased with some aspects of President Obama’s executive order regarding illegal immigration announced this evening, American Legion National Commander Michael Helm reiterated the organization’s long-standing position on those who enter into and then reside in the United States illegally.

The president said that two focuses of his executive order would be increased border patrol/enforcement, and the deportation of people who threaten national security – both areas of emphasis applauded by American Legion National Commander Mike Helm.

But Helm said the Legion remains steadfast in asking that those who live in this country do so as legal, naturalized citizens.

“The American Legion opposes illegal immigration and supports legal naturalization for those from foreign lands who wish to become U.S. citizens,” Helm said. “While aspects of the president’s executive order are in line with what The American Legion has repeatedly advocated, this order begs several questions: How does it affect future immigration laws, how does it ensure that the current number of illegal immigrants does not increase, and how does it address illegal immigrants who have been in the United States less than five years? And how does this order affect existing laws? Does it now fall on Congress to ratify this? These all are questions that need answered.”

Helm also questioned how immigration officials would enforce a third area of focus in the president’s executive order: Getting undocumented immigrants who have lived in the United States for more than five years and are parents of U.S. citizens or Lawful Permanent Residents to register for, and pass, criminal and national security background checks.

“While this part of the order sounds great in principle, execution is another matter,” Helm said. “How many will be willing – or even know they are required to – come forward and submit to these checks?”

The national commander said that while deporting all illegal immigrants isn’t realistic, the threat of deporting individuals or specific groups can be effective. “Deportation of select groups is an option that should be executed,” he said. “Effective deportation and possible incarceration would serve as a deterrent to those considering migrating to the United States illegally in the future.”

Helm noted that more than 300 American Legion posts nationwide offered citizenship programs in 2013, helping immigrants who came to this country legally to prepare for the naturalization process. “The Legion supports regulated legal immigration into the United States so immigrants can be smoothly absorbed in society and the economy,” Helm said. “But it has always believed that a path to citizenship should be a legal one, not one laden with shortcuts that cheapen the road taken for those who followed the correct path.”