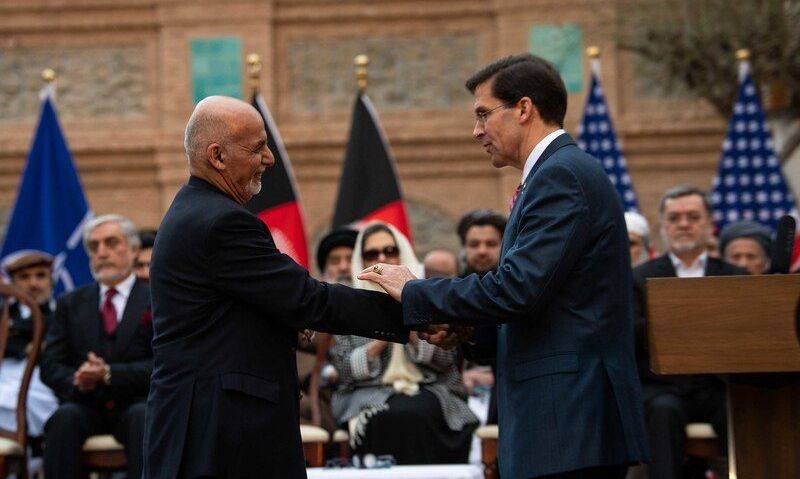 American Legion National Commander James "Bill" Oxford welcomed the prospect of peace in Afghanistan, while at the same time expressing distrust for the Taliban.

“We cannot forget that the Taliban comprised one of the most vicious and brutal regimes in history,"Oxford said. "Terrorists lie. At the same time, we are humane and deeply respect the sacrifices made by so many American families. Nobody hates war more than veterans, and The American Legion would like nothing more than seeing the nearly two decade conflict in Afghanistan end.

“The Taliban no longer rule Afghanistan and have expressed a desire to engage the legitimate government. They have agreed to a cease fire and to take steps to ensure that Afghanistan will never again be used as a haven by terrorists who plot to harm the United States. In exchange, the U.S. government has agreed to reduce our forces there to 8,600 and then gradually to zero. We welcome this agreement. It is made possible by the 800,000 U.S. troops and our coalition allies who have served there since 2001. We will never forget the nearly 2,400 Americans who died in Afghanistan. Nor will we forget their wounded comrades.

"They made Afghanistan a better place. We have a right to expect the Taliban to abide by the agreement so that peace can finally come to this troubled region. The Taliban have violated agreements before and we maintain a healthy dose of skepticism, along with a commitment to never again ignore threats that could lead to another 9/11.”