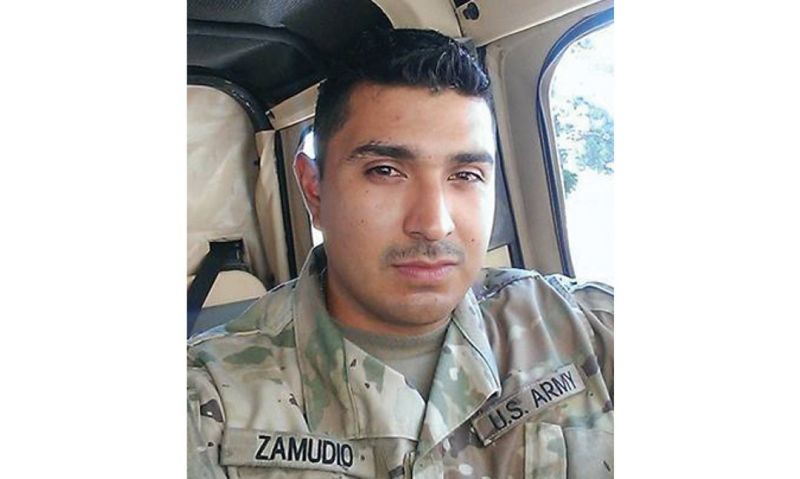 A 34-year-old Army reservist from Illinois died Friday from coronavirus complications, becoming the third service member to succumb to the illness that has sickened more than 6,000 U.S. troops, service officials said Wednesday.

Sgt. Simon Zamudio died at a suburban Chicago hospital after contracting the virus, according to Army officials and an obituary announcing his death. He had served in the Army Reserve since October 2015 and he had been promoted to sergeant in April, said Lt. Col. Simon Flake, a spokesman for the Army Reserve.

He was not on active-duty orders as part of the military’s response to the coronavirus pandemic when he contracted the illness, defense officials said Tuesday.

Zamudio was assigned to the 371st Theater Movement Control Element at Fort Sheridan, Ill., Flake said. Defense officials on Tuesday incorrectly said he had been assigned to a unit based in Wisconsin.

Zamudio was born in Phoenix and lived in Carpentersville, Ill. He is survived by his widow and a daughter, according to his obituary.

His death is the second among Army soldiers and the first U.S. service member death from the virus since April 13, when Navy Chief Petty Officer Robert Thacker Jr., 41, died of complications of the virus at U.S. Naval Hospital Guam. Thacker was among more than 1,000 crew members to contract the disease aboard the aircraft carrier USS Theodore Roosevelt, by far the military’s worst coronavirus outbreak.

Army Capt. Douglas Linn Hickock, a member of the New Jersey National Guard, died March 28. Hickock, 57, a physician assistant, was preparing to activate as part of the pandemic response just before he was hospitalized with the virus and died one week later.

The Pentagon said Wednesday that 6,168 service members had tested positive for the virus. Among them, 168 had spent some time in the hospital and 3,474 had recovered.