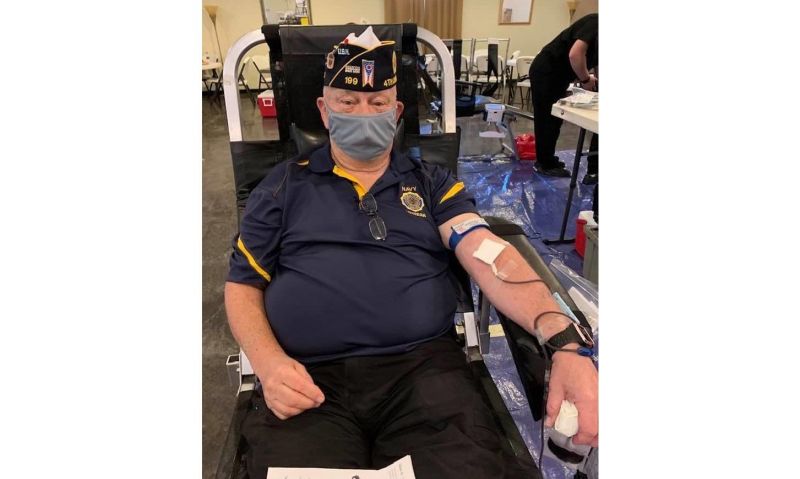 In a matter of two days, a simple request turned into what Al Buxton called “one of the best blood drives ever” for American Legion Yeager Benson Post 199 in Ohio.

Jean Wilson, Department of Ohio first vice commander, asked Buxton to coordinate a blood drive at the post, citing the urgent need due to the COVID-19 pandemic.

He worked with other Post 199 members and the local Hoxworth Blood Center to turn the request into reality. More than 60 post and community members donated during the May 26 blood drive. About 10 areas were set up inside the post that adhered to social-distancing procedures and for the collection to take place over a six-hour period.

Buxton, who has previously coordinated blood drives at the post, expressed his appreciation. “Thanks to all who came out and supported the blood drive,” he said. “Thanks for giving the gift of life.”

It’s just one example of how Post 199 is serving the community of Harrison, near the Indiana border about 15 miles from Cincinnati, during COVID-19.

“That’s not all that we have done in the past month,” said Buxton, who is post chaplain as well as being the district adjutant and second vice commander. “We cooked hamburgers and French fries for over 200 people for lunch. We also did a food drive to replenish a local food pantry.”

The cookout was set up as a drive-through for anyone who wanted a free meal. “We had the meals in containers and handed them to people through the window, doing our social distancing. They loved it.”

Due to the economic toll from COVID-19, a local church’s food pantry had become depleted. In stepped Post 199.

“We had over 100 people donate,” Buxton said. “We’re a very active post. We’re honored to just help out the church that runs the food pantry. The people in the neighborhood need it. And people who got laid off because of the pandemic probably needed it to.”

Buxton, Wilson and others have also conducted Buddy Checks via phone calls since the pandemic began. Even as communities begin to re-open, Post 199 won’t be slowing down its community service.

“We love doing good for our community. It’s been a good turnout for all the things we have done. We’re all veterans and we look out for each other and we try to help the community as best as we can when there is a need.”