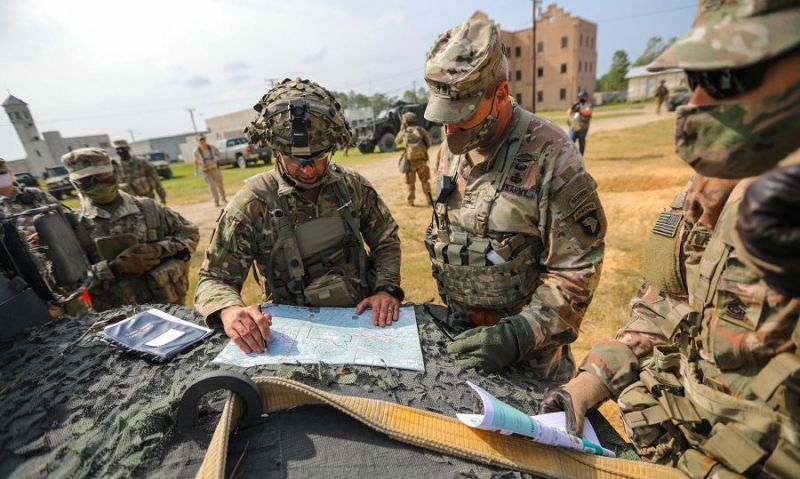 The Army’s top leaders are working to change training requirements, deployment timelines and training center rotations in an attempt to reduce the stress on soldiers and their families, according to a statement released Tuesday.

“The Army invested significant resources and leadership into restoring readiness and modernizing our Army. However, our readiness focus resulted in an unsustainable operational tempo and placed significant demands on units, leaders, and soldiers and families and stress on the force. Therefore, we are prioritizing people as the #1 Army priority,” according to the Army statement co-signed by Army Secretary Ryan McCarthy, Army Chief of Staff Gen. James McConville and Sgt. Major of the Army Michael Grinston.

One of the ways that Army leaders are looking to reduce requirements is by implementing the new Regionally Aligned Readiness and Modernization Model, or ReARMM, in a few months. The model will allow the Army to balance its operational needs while providing “dedicated periods for mission, training and modernization,” according to the statement.

“The intent is to give more time back to our sergeants at the lower level, so they have chances to build cohesive teams of highly trained, disciplined and fit soldiers at the squad, platoon, and company level. That is the foundation of our army, it’s the foundation of everything we do, and we just want to give our junior leaders that opportunity to do that,” McConville said Tuesday during a call with reporters.

The Army is also looking at options with the Pentagon and the Joint Staff for reducing “continual heel-to-toe deployments” of brigade combat teams, which can be up to about 4,000 soldiers, down to “task-organized battalion task forces,” which could be at most 1,000 soldiers.

“What we realized is … that the [operational tempo] is still extremely high, even as the numbers of our forces in combat has come down. So we’re taking a look at the rotational deployments. We’re working with the [combatant command] commanders to see how we can accomplish the mission in innovative ways,” McConville said about the new model during the annual Association of the United States Army event.

The Army is looking at reducing the number of training requirements that a unit needs before going to a training center. They also want to eliminate the brigade and battalion live-fire exercises and field-training exercises requirement prior to a training center rotation. And not every battalion in a brigade combat team will need to go into “the box,” or designated training areas, while at the centers. It’s unclear from the statement whether that means battalions won’t go into the box but still go to training centers for other training or remain at their home stations.

A brigade going on a rotational deployment to a noncombat area, such as Atlantic Resolve in Europe, might not be required to go to a training center prior to the deployment if they can do similar training during the rotation, according to the statement.

In additional to the upcoming guidance on training, Tuesday’s statement also includes what appears to be a response to a number of recent missing-persons cases at Fort Hood, Texas. Army leaders also announced that guidance will come out in the coming weeks to “clarify” that if a soldier does not report for duty, “we will consider them missing and take immediate action to find them.”

When Pvt. Gregory Wedel-Morales went missing from Fort Hood in August 2019, he was considered a deserter. His body later was found in a field in Killeen, Texas, during a search for another missing soldier, Spc. Vanessa Guillen. His death is considered a homicide by the local police and is under investigation.

Following those policy changes, the Army will measure progress, according to the statement.

“Divisions and brigades will routinely inspect unit systems that focus on their people including pay, awards, counseling, barracks/quarters, and physical/mental/spiritual health to ensure our focus on caring for our soldiers and families remains constant,” the statement reads.