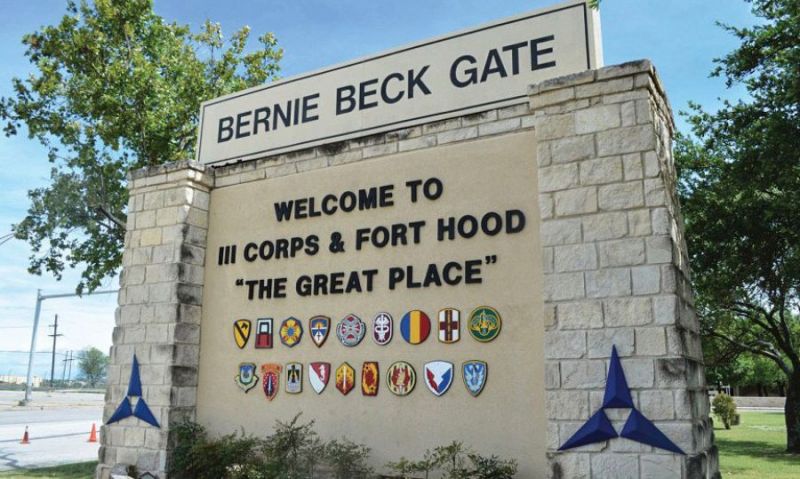 Army Secretary Ryan McCarthy said Tuesday that he had relieved or suspended 14 Army leaders at Fort Hood including a two-star general as a result of a probe into the command climate at the Texas installation launched amid a rash of deaths among soldiers.

“I have determined the issues at Fort Hood are directly related to leadership failures,” McCarthy said at the Pentagon. “Leaders drive culture, and are responsible for everything the unit does or does not happen to do. I am gravely disappointed that leaders failed to effectively create a climate that treated all soldiers with dignity and respect.”

Maj. Gen. Scott Efflandt was the highest ranking soldier fired over his role in the Fort Hood problems. The leaders of the Fort Hood-based 3rd Armored Cavalry Regiment, including its commander Col. Ralph Overland, were also fired, McCarthy said.

Efflandt served as the base commander in White’s absence. He was supposed to move to Fort Bliss, Texas, during the summer and serve as commander of the 1st Armored Division. But he was replaced and remains at Fort Hood awaiting the results of a second investigation -- one conducted by Army Forces Command. That investigation, known as a 15-6, is intended to review how Fort Hood’s chain of command managed all aspects of Guillen’s case. A release date for its findings has not been announced.

The firings come following a release of a report from a civilian-led investigation that found Fort Hood soldiers have a lack of confidence in the SHARP program that has led to a fear of retaliation and significant underreporting of sexual assault and harassment cases, particularly within the enlisted ranks.

Fort Hood leadership knew or should have known of the high risk of harm to female soldiers, according to the report.

McCarthy appointed five civilians to investigate the base in July as part of a Fort Hood Investigative Review Committee, which after three months identified the central Texas base to have a “deficient climate” and an “ineffective implementation” of the SHARP program.

“Soldiers assaulting and harassing other soldiers is contrary to Army values and requires a dramatic change in culture,” Chris Swecker, the committee chair, said in a statement. “The committee determined that, during the time period covered by our review, there was a permissive environment for sexual assault and sexual harassment at Fort Hood. We have recommended changes to the staffing, structure and implementation of the SHARP program at Fort Hood, and possibly beyond, to address deeply dysfunctional norms and regain Soldiers’ trust.

Committee members concluded “Fort Hood and the Army as whole must do more to cultivate a culture of inclusivity and respect which values the contributions of all service members,” according to a news release.

The investigation was triggered by the disappearance and death of 20-year-old Spc. Vanessa Guillen, who went missing from Fort Hood on April 22 while working in an arms room with the 3rd Cavalry Regiment’s engineer squadron. Her remains were found June 30 alongside a river about 30 miles from the base.

Spc. Aaron Robinson, another soldier in Guillen’s squadron, killed her with a hammer, then moved her body, according to court documents. A second suspect, Cecily Aguilar, is in federal custody and accused of conspiracy to tamper with evidence in the case. Robinson shot himself dead July 1 when approached by civilian law enforcement in Killeen, the town just outside Fort Hood.

McCarthy said during an August visit to Fort Hood he hoped the review committee could help shed light on why the base has the Army’s highest numbers of violent felonies, including sexual assault and homicide.

Since March, the deaths of five soldiers assigned to the Army base have been ruled homicides.

Looking back, the committee found Fort Hood’s Criminal Investigation Command detachment, known as CID was not prepared to take on such cases. The committee found it to be “under-experienced and over-assigned,” which negatively impacted investigations of sex crimes and deaths.

White, commander of III Corps and Fort Hood, also will host a news conference Tuesday at the base to discuss the report as well as his “People First” training initiative. He will then address about 1,500 soldiers at the base’s outdoor football stadium later in the afternoon.

The committee will next face questions Wednesday from lawmakers during a hearing of the House Armed Services Committee’s subpanel on military personnel.

White, who returned from a yearlong deployment to the Middle East in October, said some of the findings might need to be dealt with by commanders above him, but he pledged to take on any recommendations that he could.