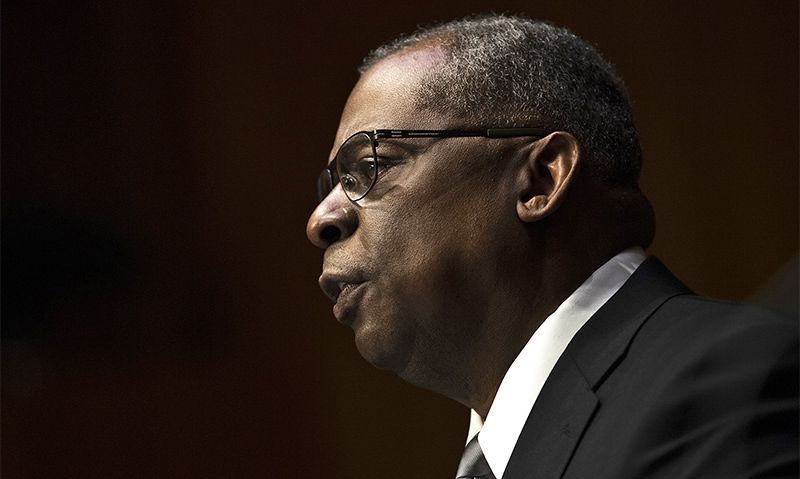 “It’s an honor and a privilege to serve as our country’s 28th Secretary of Defense, and I’m especially proud to be the first African American to hold the position,” Austin wrote on his Twitter account. “Let’s get to work.”

Austin, who retired in 2016 as the commander of U.S. Central Command, needed congressional approval for a waiver to the law requiring that a defense secretary be retired from active service for seven years before being eligible to serve in the role. Such waivers have only been approved two other times in U.S. history. Former Defense Secretary James Mattis was also approved for a waiver in 2017, and George Marshall in 1950.

During his Jan. 19 confirmation hearing, Austin laid out some priorities for his time as Pentagon chief. He committed to prioritizing building a military that is a “working environment free of discrimination, hate and harassment” for all those at the Department of Defense.

“If confirmed, I will fight hard to stamp out sexual assault, to rid our ranks of racists and extremists, and to create a climate where everyone fit and willing has the opportunity to serve this country with dignity,” he said.

Austin is the first African American to command an infantry division in combat, serve as vice chief of the Army and lead the U.S. Central Command.

Austin expressed his concerns about extremism in the military ranks and called it a “critical” issue.

"We woke up one day and discovered that we had extremist elements in our ranks and they did bad things," Austin shared of his time serving with the 82nd Airborne Division when a network of neo-Nazi soldiers was uncovered following the murder of an African American couple near the base.

"The signs for that activity were there all along. We just didn't know what to look for or what to pay attention to. The job of the Department of Defense is to keep America safe from our enemies. But we can’t do that if some of those enemies lie within our own ranks,” he said.

Austin called the COVID-19 pandemic the most immediate challenge facing the country. He also vowed to overturn the previous administration’s ban on transgender people serving in the armed forces.