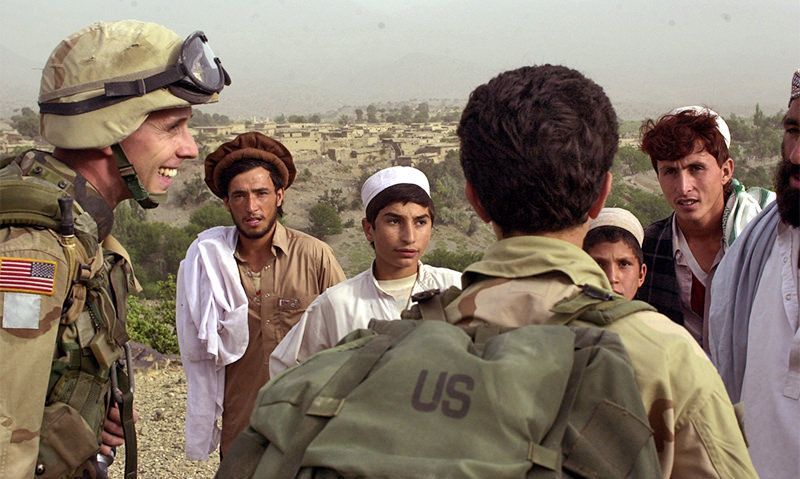 Gerald Keen’s Afghan interpreter is running out of time. One relative was assassinated by the Taliban a month ago. Another was killed by an IED last Sunday. Both also worked as translators for U.S and coalition forces in Afghanistan.

“It’s like he has a bounty on his head,” Keen says of the Afghan national he worked closely with during his 2016 deployment. “The Taliban has no remorse. They will torture, rape and kill his kids, his wife, mom and dad, brothers and sisters – whoever they can find – in front of him. Then they will behead him.” (The interpreter’s name is not being used because he and his family are at risk.)

There are more than 17,000 interpreters and their families mired in the same bureaucratic quagmire of the U.S. Special Immigration Visa application process. Their peril is exponentially greater now that the United States has announced it will withdraw all of its troops from Afghanistan in a little more than four months. “The clock is ticking,” says Keen, a 36-year Army veteran and member of American Legion Riders Chapter 28 in Grand Haven, Mich. “Sept. 11 will be here before you know it.”

It’s a haunting reminder of the situation faced by the Montagnards who risked their lives and their families’ lives to support U.S. operations in the Vietnam War. The American Legion has asked the president and Congress through a 2018 National Security Commission resolution to recognize the crucial contribution Afghan and Iraqi interpreters have made and ensure they are able to come to the United States. “Our wartime allies saved countless American lives and directly contributed to every level of tactical, operational and strategic success during the mission is Iraq and Afghanistan,” according to Resolution No. 16, passed by Legion’s National Executive Committee in October 2018.

Earlier this week, the International Refugee Assistance Project also called for the mass evacuation of Afghans at risk to Guam or another location while they slog through the lengthy visa process, much like what was done for Iraqi Kurds as part of Operation Pacific Haven in 1996.

The United States created a limited visa program in 2006 for Afghan interpreters who assisted the U.S. military. But the Special Immigrant Visa program most Afghan nationals are using was established in 2009 when Congress created the Afghan Allies Protection Act, says Julie Kornfeld, an attorney with the International Refugee Assistance Project who represents several Afghan interpreters. The statute calls for visa applications to be processed in nine months. The reality is far worse. Kornfeld has clients who have been waiting as long as 10 years.

“The U.S. mission in Afghanistan recruited Afghan nationals with a promise of safety, but we’ve made it bureaucratically impossible for them to access safety,” she says. “It sends a message to them that we aren’t fulfilling our promise to protect them.”

“It’s very frustrating,” Keen adds. “We couldn’t have made it through this without these interpreters.”

Special Immigrant Visa applicants are required to undergo extensive background checks even though they have already been thoroughly vetted by the U.S. military. Translators initially had to show they worked with U.S. forces for more than 12 months. That was doubled to more than 24 months as of Sept. 30, 2015. Now, it’s become far more difficult for Afghan nationals to obtain the documents to prove they have worked with the United States as troop withdrawal gets underway. “Former employers are burning their sensitive files to protect the Afghans,” Kornfeld says.

Then there are problems with visa application processing in the United States. Kornfeld visited the National Visa Center in Portsmouth, N.H., in 2018. “The person in charge of the Special Immigrant Visa Program could barely tell me what SIV was,” Kornfeld says. “She wasn’t able to tell me any of the requirements or what the department’s role in the program was. The reason is that it’s primarily staffed by contractors.”

The U.S. State Department declined to comment on Kornfeld’s description of the problems at National Visa Center. More generally, the Biden Administration is “committed to supporting those who have helped U.S. military and other government personnel perform their duties, often at great personal risk to themselves and their families,” a State Department official said in response to questions about the problematic visa program. “Everyone involved in the Special Immigrant Visa process, whether in Washington or at our embassies abroad, is aware of the threats our Afghan and Iraqi colleagues face.  The department constantly seeks ways to improve the SIV process while ensuring the integrity of the program and safeguarding national security.”

Keen connected with his interpreter, who is the same age as his youngest son, soon after he arrived in Afghanistan in early 2016. “He lives up to the Army values as much as any soldier, if not more,” Keen says. As they got to know each other – through work, and over dinners and breakfasts – Keen learned the interpreter worried about his children’s future in Afghanistan, in part because of the lack of educational opportunities. Not to mention the risks working with the U.S. Army posed to the interpreter and his family.

“We were right in the middle of Taliban country,” Keen says. “We hired people from the local village as day laborers – emptying trash and cleaning latrines. Everybody who worked on the compound was considered an infidel.” Taliban leaflets distributed in the village warned that anyone who worked with the U.S. military would be killed.

Lynnette regularly calls U.S. Sen. Debbie Stabenow, D-Mich., only to learn that the visa applications are somewhere in the administrative process. “I want to break through this,” Lynnette Keen says of the red tape. “The Taliban is around there all the time. He may die waiting. I don’t care if it’s administrative. His file has to move.”

The interpreter and his family only need to pass medical examinations before they are cleared for visas, Keen says. “Failure is not an option. I can’t leave him behind.”

But there’s ample evidence, beyond the casualties in his extended family, that Keen’s interpreter is in tremendous danger. One of Kornfeld’s clients was killed by the Taliban in January, just weeks after he received word he had been approved to move forward with his Special Immigrant Visa application after 10 years of effort. “He felt he finally saw the light at the end of the tunnel,” Kornfeld says.

Identifying him only by his middle name, Mohammad, she describes how his car was surrounded by Taliban as he was driving his son to school. His son, who survived the attack, later recounted that the Taliban attackers taunted his father before shooting him multiple times with things such as, “Where are the American forces to save you? You are an infidel, a traitor. You helped them for a decade. Where are they now?”

“It’s devastating to find the Taliban rendered the decision before the U.S. government,” Kornfeld says. “His death could have been avoided.”

In the aftermath, she’s focused on getting Mohammad’s widow and six children out of Afghanistan. They’ve applied for humanitarian parole, which would allow them come to the United States while they work on getting visas or asylum. It’s the Hail Mary of the Immigration program, Kornfeld says. “They have already received threats. My worst fear for his family is we won’t be able to get them to safety and they will suffer the same fate as Mohammad.”

Using money from a GoFundMe campaign, the Keens are working to secure visas and safe transport of the interpreter and his family to the United States.