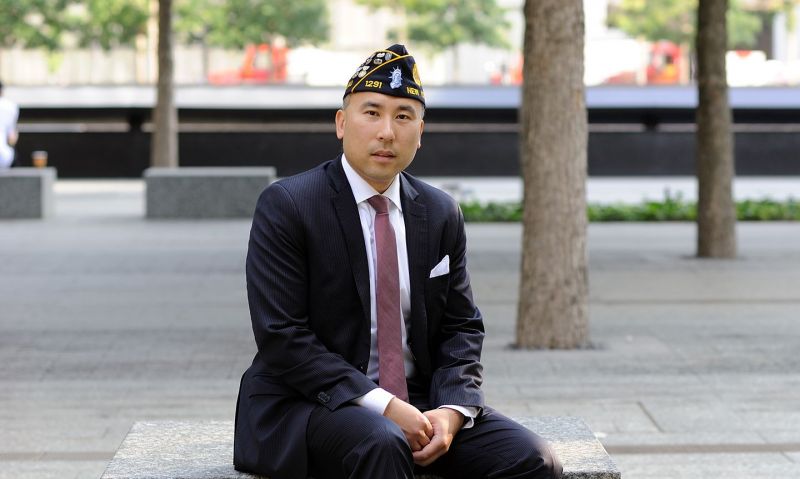 Editor’s note: There has been anger, frustration and other emotions expressed following the Taliban taking over Afghanistan amid the withdrawal of the final U.S. troops. Many of those concerns focus on the wellbeing of the thousands of interpreters and other allies who supported the U.S. mission there.

The American Legion invites Afghanistan veterans to write first-person accounts of their experiences, accomplishments during deployment and how they are coping with the current situation. These brief essays are intended to serve as illustrations that their service did matter, regardless of the current situation. To contribute, email your story and a photo to Henry Howard, deputy director of Media and Communications, hhoward@legion.org.

As a team leader on a Human Terrain Team, I led 11 social scientist civilian team members in the southwestern Helmand province of Afghanistan. Our Human Terrain Team (HTT AF07) conducted socio-cultural research by directly interacting with Afghans to understand their perceptions, motivations, interests and grievances. HTT AF07’s research provided analysis for the U.S. Marine Corps’ combatant commanders to make better operational and strategic decisions to stabilize and improve the province.

A critical component to the team’s success were the two Afghan/Pashto interpreters who were embedded during our tour. As they became a crucial part of HTT AF07, we were able to contribute to non-kinetic efforts through better governance and development by providing socio-research on local villagers’ sentiments on:

Agro-Economic Mindset of Agriculturalists: This involves understanding the economic mindset of farmers. For example, their preference for specific crops to plant and how this information can be used for better allocation of resources from the government of the Islamic Republic of Afghanistan (GIRoA), USAID, the U.S. Department of Agriculture, NGOs, and the Department for International Development (DFID), the British equivalent of USAID.  This information can be used to assist in blunting the poppy harvest that the Taliban rely on to secure funds for conducting attacks against GIRoA and Coalition Forces (CF). Working with farmers helps foster an environment conducive for them to sell fruits and vegetables in the domestic and international markets. As a result, this would create a sustainable economic environment.

Interim Security Critical Infrastructure (ISCI) / Afghanistan Local Police (ALP) – This relates to understanding the recruitment and retention challenges as well as opportunities of ISCI/ALP. They are local nationals who conduct security patrols where they live in rural districts, places that lack GIRoA security. The intimate knowledge of ISCI/ALP members of their own communities had led to better police intelligence to disrupt Taliban or insurgent activities in their communities.

Religious Engagement Program – The concept is to work in coordination with U.S. Navy chaplains to understand and build positive relationships with the Afghanistan National Army (ANA) Religious Cultural Advisor Officers (RCAOs). RCAOs engaged with local religious leaders to build a positive relationship with those communities as well as to counteract Taliban and insurgents’ anti-GIRoA and anti-CF messages.

I am thankful for the service our allies provided to HTT AF07 and other initiatives. I am overwhelmed with gratitude that both are safe in the United States. I pray that many hundreds more interpreters and their families who have assisted in the coalition efforts will be afforded safe passage out of Afghanistan.

Wilem Wong has served over 32 years in the United States Army Reserve and is still serving. He has served as an Army Major leading a Human Terrain Team (HTT AF07) with the United States Marine Corps’ Regimental Combat Team – 1 / Regimental Combat Team – 5 in Helmand, Afghanistan, and as an Army Captain working as a Civil Affairs’ brigade staff officer with the XVIII Airborne Corps in Baghdad, Iraq. Recently, he retired from the New York City Police Department (NYPD) with 21 years of creditable city and state service while assigned to the Health and Wellness Section coordinating and facilitating mental health training for over 11,000 members of service and military veterans. He is an American Legion life member with Kimlau Post 1291 in New York City.