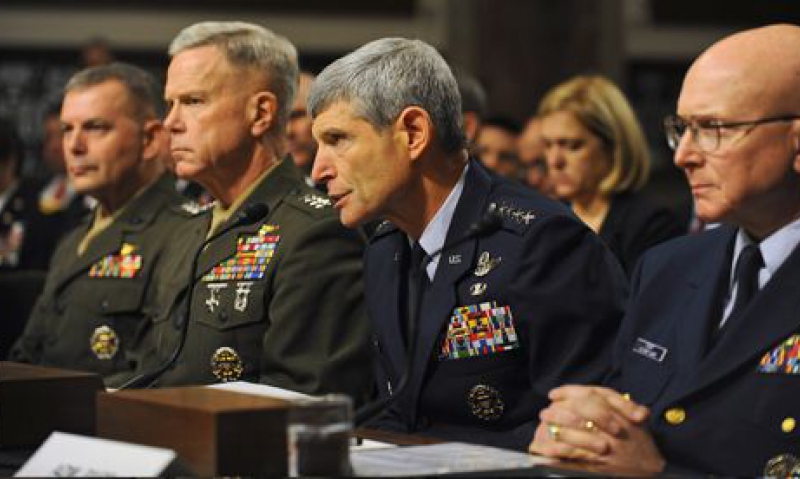 The House is expecting to begin debate today on a stand-alone repeal of the military’s ban on gay servicemembers revealing their orientation. Majority Leader Steny Hoyer (MD) and Rep. Patrick Murphy (PA) have been working on the issue and their language tracks with a bipartisan bill introduced in the Senate last week. The Senate may consider a similar bill later this week.

The leader of the nation’s largest veterans’ service organization expressed alarm over this latest effort to swiftly overturn the controversial law.

“One must ask, ‘What’s the rush?’,” said American Legion National Commander Jimmie L. Foster. “And why should this matter of social policy take precedence over the far more critical matter of national security?”

Foster was referring to repeated failure within Congress to pass the overarching National Defense Authorization Act, which authorizes appropriations for military activities of the Department of Defense, military construction, equipment acquisition, and military personnel strengths for the 2011 fiscal year. The bill has been set aside in the Senate due to a number of controversial provisions, including DADT repeal language.

“While our combat troops continue to focus on their mission on the war front throughout the world, Congress can’t focus on funding those very service members,” said Tim Tetz, director of the Legion’s legislative division. “Congress should rush to pass the Defense Authorization Act and take whatever time is necessary to understand the nuances a repeal of ‘Don’t Ask Don’t Tell’ would have on our nation’s fighting forces.”

The American Legion has repeatedly asserted that now – in the midst of war – is simply not the time for social experimentation. This cautionary message was the same offered by Commandant of the Marine Corps General Amos and the leadership of the Army and Air Force. They all agreed in testimony last week before the Senate Armed Services Committee that a repeal of DADT would be a distraction upon those in combat roles today.

Past American Legion National Commander Robert W. Spanogle is critical of the rush to repeal DADT.

“Count me in with the Commandant and those soldiers and Marines in the mud on the front lines in Afghanistan and Iraq, the tip of the spear,” said Spanogle. “Nearly 60 percent of those surveyed said they believed there would be a negative impact on their unit’s effectiveness (with a repeal of DADT).”

While the House and Senate remain committed to passage of a repeal of DADT, critics join The American Legion in questioning the need to rush this issue to a vote. More than 13 hearings were held when the original law was enacted and the House hasn’t held hearings on the findings of the Department of Defense survey of service members.

“The American Legion remains convinced a repeal of ‘Don’t Ask, Don’t Tell’ cannot be easily implemented and could compromise the effectiveness of crucially needed fighting forces,” said Foster. “Political expediency should not take precedence over providing adequate time for debate. There is no reason this must be decided in the next two weeks when it’s been in place for 17 years.”