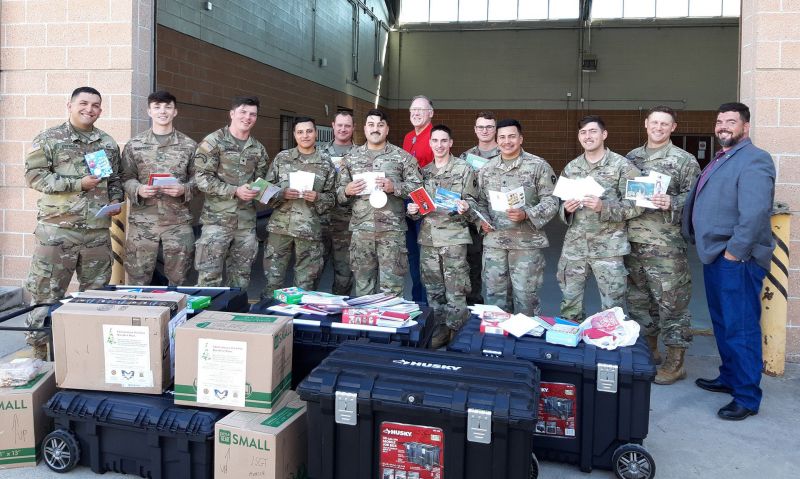 James Andrews, Post 159 second vice commander, and Joshua Hamm, an Afghanistan combat veteran and a parent of a JSSP participant, delivered the cookies and care packages a week before Christmas to nearly 200 Bryan-based servicemembers deployed with the 1-112th Cavalry Regiment of the Texas Army National Guard.

It was short notice that Post 159 learned of an opportunity to bring holiday cheer to the deployed Texas Army National Guardsmen from Bryan.

“Operation Christmas Cookie Border Run reflects the veterans still serving approach of The American Legion,” Andrews wrote. “This Legion post’s youth program taking a leadership role in supporting and encouraging local servicemembers away from their friends and families for the holidays reflects the desire of Legionnaires to impart in youth the values of service and appreciation for duty to community, state and nation.”