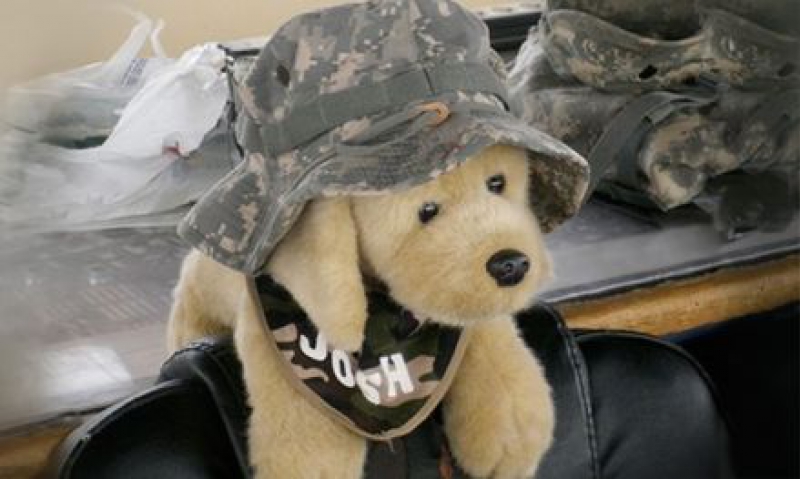 Thanks to a $49,500 Child Welfare Foundation grant, the GI Josh Dog program is about to touch a lot of military children’s lives.

Created by Sons of The American Legion’s Detachment of Arizona, the GI Josh dog is a stuffed animal wearing a camouflage bandana, meant to comfort the child of a deployed servicemember. Each dog comes with a book titled “I’ll Be OK.” Currently, GI Josh dogs can be purchased online at www.joshandfriends.com, but the detachment will soon sell them exclusively to Legion family members– in a box bearing the Legion’s emblem – for $26, including shipping and handling.

During the National Executive Committee’s Fall Meetings, the CWF voted to award grants to 18 nonprofit organizations that contribute to the physical, mental, emotional and spiritual well-being of children, including the Legion’s Department of Arizona and SAL’s Detachment of Arizona for the GI Josh Dog program. The grant covers the GI Josh program’s start-up costs.

Detachment of Arizona Adjutant Jeff Frain came up with the idea for GI Josh about two years ago. and Since then, SAL members have raised enough money to donate nearly 1,000 dogs to military personnel scheduled for deployment.

“The positive response from both the troops and their families is overwhelming,” said Frain, who belongs to Squadron 27. “They are grateful that we care about their children’s well-being.”