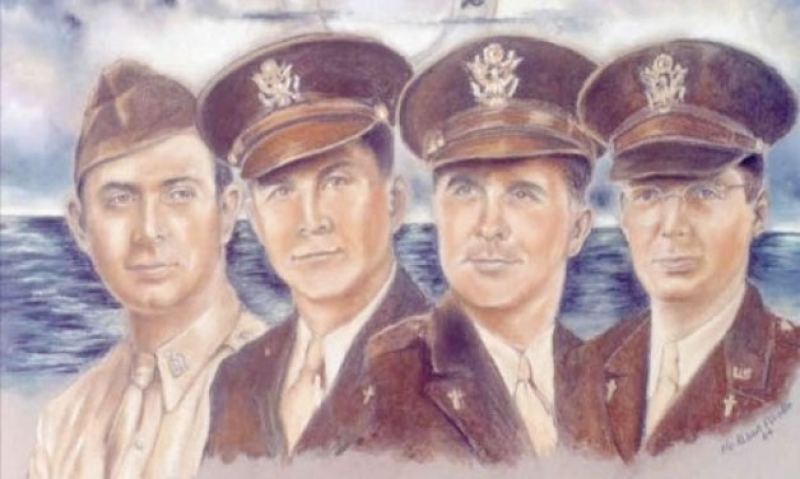 Feb. 3 marked the historic 70th anniversary of the sinking of the United States Army Transport Dorchester and the legendary acts of selflessness of four Army chaplains who were aboard. Four Chaplains Day, as Congress has declared the date, honors the four chaplains who went down with their ship, as they gave their life jackets to other passengers.

The Four Chaplains – sometimes called the Immortal Chaplains – were men from four different religions who sacrificed their lives for men of all faiths. In the 70 years since the incident, Methodist minister George L. Fox, Reformed Church in America minister Clark V. Poling, Roman Catholic priest John P. Washington and Rabbi Alexander B. Goode have been immortalized with commemorative postage stamps, a Congressionally recognized anniversary and numerous re-tellings of their heroics.

Three years ago, The American Legion Magazine published a detailed account of the events of Feb. 3, 1943 – the date that the USAT Dorchester was scuttled by a German U-boat.

Save
Tags: Sons of the Legion, Honor & Remembrance