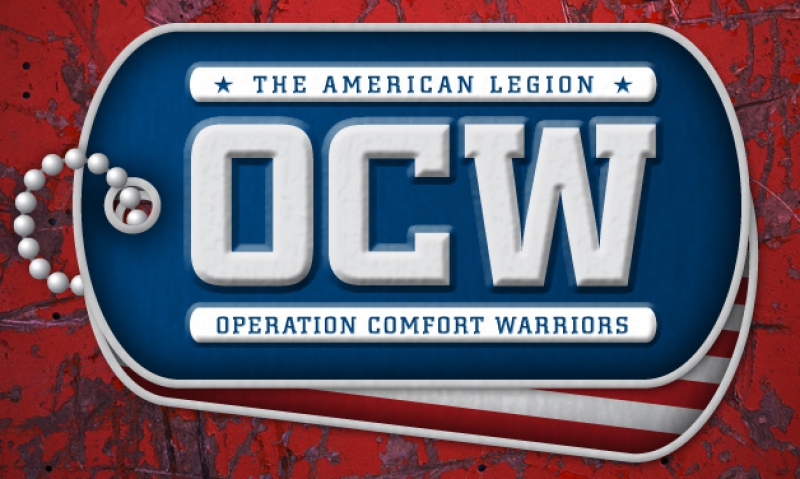 In May 2007, then-American Legion National Commander Paul Morin visited Landstuhl Regional Medical Center in Germany. While there, he saw that our wounded servicemembers were getting the medical care they needed, but not the comfort items needed to help in their recovery. He returned home with a mission — to raise $50,000 within a couple of months to purchase comfort items for the recovering servicemembers in Landstuhl. The American Legion family raised more than $257,000 by Morin’s deadline.

The money raised helped purchased televisions, stereos, calling cards, pool tables and other items needed to make the warriors’ stay at Landstuhl as comfortable as possible during their recovery.

In December 2008, then-National Commander David K. Rehbein renamed the program Operation Comfort Warriors (OCW) and expanded it to hospitals and transition units throughout the United States and overseas. More than $1 million of assistance has been provided to wounded, injured or ill military personnel and veterans through OCW and its predecessor, Operation Landstuhl. And National Commander James E. Koutz hopes to raise $500,000 for the program during his term.

The American Legion finds the need at various hospitals, transition units and surrounding communities. Once the need is established, the Legion purchases what the government considers "nonessential" items and delivers them to the various facilities. All donations made go directly toward the purchase of these comfort items.

Wounded warriors need many items to help in their recovery — it’s not just the medical care that they need but other items to make their mental and physical transition as comfortable as possible. Some need loose fitting sweat suits to cover their healing wounds without adding pressure to burns sustained in combat. Others need things like iPods to help drown out the tinnitus that has plagued their ears since their vehicles struck IEDs. Others need fitness equipment to rebuild strength in their muscles.

From gift cards to electronics, OCW represents The American Legion’s expression of gratitude. These gifts will not make our wounded warriors whole again, but they show that the Legion recognizes and appreciates their sacrifices. OCW is a living example of the Legion’s commitment to care for those who have defended this nation.

Remember, this program is completely funded by donations. You can help by donating to OCW or by hosting fundraisers that involve the entire Legion family. Not only will you draw more attention to OCW with a fundraiser, you also will bring your Legion family closer together.

Visit www.legion.org/ocw for more information about the program or to donate.