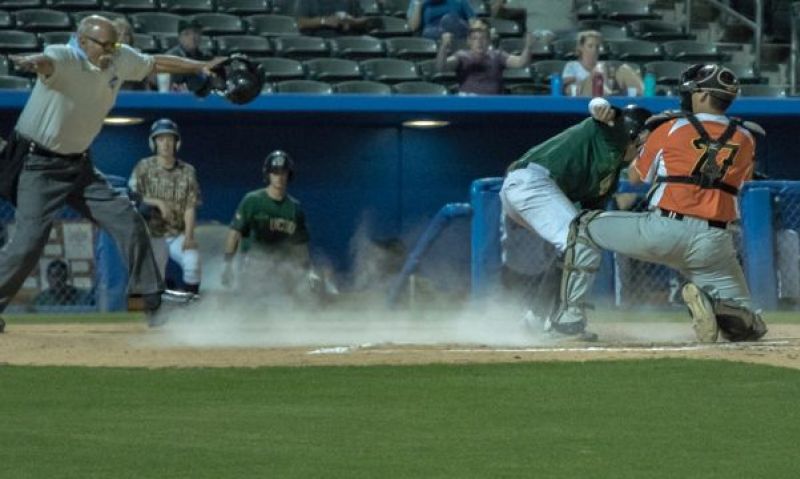 At age 9, Greg Attaway – already playing catcher on his Little League team – also umpired his very first game in the National City (Calif.) Little League. A little less than 59 years later, and Attaway is on the verge of making baseball history.

When the American Legion Rider and Sons of The American Legion longtime member gets behind home plate to call a Pecos League of Professional Baseball game in June, the 68-year-old Attaway will become what is believed to be the oldest professional baseball umpire in history.

“It’s just being in the right place at the right time,” said Attaway, who has been a Sons member for 20-plus years and currently is the Legion Riders director at American Legion Post 24 in Tombstone, Ariz. “(Umpiring) is a passion. I’ve done every level: Little League, adult ball, travel ball – you name it, I’ve done it.”

Attaway made his way through the umpire ranks officiating at the high school level in California and Arizona, including a state championship game in California and several playoff games in Arizona. He’s also stood behind the plate for summer college baseball games and believes he may have umpired some American Legion Baseball games, though that was “a long time ago,” Attaway said.

“When I got down here to Arizona and started (umpiring) at the high school level and summer college baseball, one of the guys I got hooked up with was working with the Pecos League as an administrator,” Attaway said. “At the end of the (Pecos League) season that year they were running short of umpires because a lot of their umpires also did college baseball. (It was) mentioned to me, and I said ‘let’s go do it.’”

Attaway began umpiring for the Pecos League – an independent baseball league which operates in cities in desert mountain regions throughout California, New Mexico, Southern Arizona, Kansas, West Texas and Southern Colorado – on June 23, 2016. Attaway said he ended up doing a four-game series, “and the rest is history.”

What started as a fill-in role has resulted in what Attaway says is at least 20 games in the Pecos League since his initial appearance. When the league starts up play in June and Attaway lines up behind the catcher, he will be 68 years and six months – around four months older than the previous oldest professional umpire, Baseball Hall of Famer Hank O’Day, who umpired in 10 World Series before retiring at 68 years and two months.

“This guy that I’m replacing can’t be replaced,” Attaway said of supplanting O’Day in the record book. “I haven’t done it on the professional level even close to what he has. So yeah, I know it’s a record of sorts. But I’m not quite sure how to think about it yet.”

Save
Tags: Sons of the Legion, Legion Riders