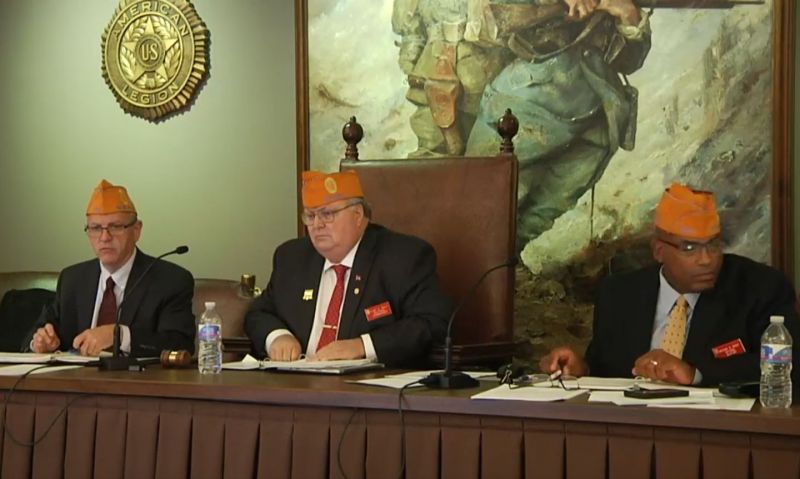 SAL National Commander Clint Bolt noted in his opening remarks that not only was the meeting the first virtual meeting of the SAL NEC, but that it also was the first SAL NEC meeting to emanate from the NEC room at American Legion National Headquarters in Indianapolis. Bolt, SAL National Adjutant Anthony Wright, and SAL National Judge Advocate Joseph Paviglianti were in Indianapolis for the meeting, while NECmen joined online.