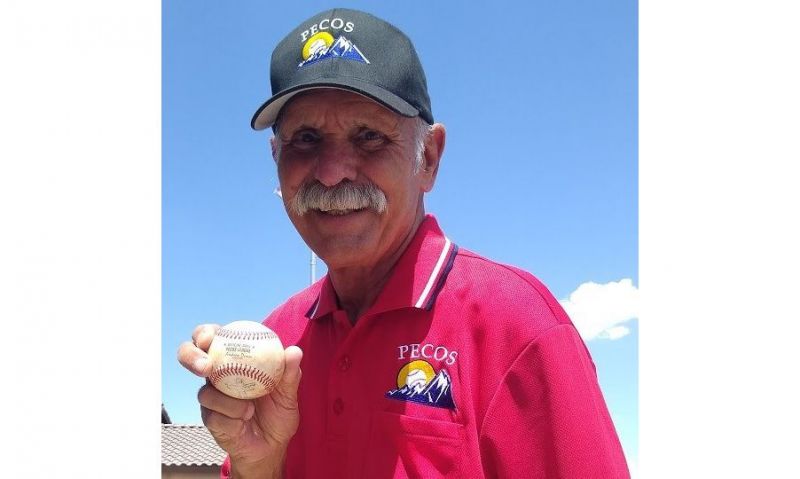 In January 2020, Greg Attaway was looking forward to setting a baseball umpiring record once the summer season rolled around.

A year later, Attaway – an American Legion Rider and 20-plus-year member of the Sons of The American Legion – was still without the record. The coronavirus pandemic cancelled the 2020 Pecos League season and left Attaway short of his milestone.

But that’s changed now. At 69 years and six months, Attaway made baseball history on July 17. Lining up as the second base umpire for the Tucson Saguaros-Roswell Invaders game, Attaway became the oldest person to ever officiate a professional baseball game. He broke the previous record set by Baseball Hall of Famer Hank O’Day, who umpired in 10 World Series before retiring at 68 years and two months.

“We were geared up. The 2020 schedule was already written,” said Attaway, a member of SAL Squadron 19 in Yuma and Arizona’s District 1 American Legion Riders representative. “The next thing I know, it’s all gone. I was like ‘oh, man.’”

But having to wait a year was worth it. “I never set out (to break the record). Somebody came and found me,” he said. “But it’s pretty damn cool. I’m going to be proud, regardless. But I believe in the old adage ‘records are made to be broken.’ If somebody wants to do it at age 69, then by God I hope they’re good at what they do.”

Attaway began umpiring at age 9 in the National City (Calif.) Little League and made his way through the umpire ranks officiating at the high school level in California and Arizona, including a state championship game in California and several playoff games in Arizona. He’s also stood behind the plate for summer college baseball games and believes he may have umpired some American Legion Baseball games, though that was “a long time ago,” Attaway said.

He began umpiring for the Pecos League – an independent baseball league which operates in cities in desert mountain regions throughout California, New Mexico, Southern Arizona, Kansas, West Texas and Southern Colorado – on June 23, 2016. He typically did 20 games a year before the pandemic hit.

Now Attaway is seeing his workload winding down, something he accepts. “I honestly know that I can continue to (umpire). I know that for a fact,” he said. “But at the same time, I know it’s time to go. I really didn’t stick around to break the record. I had intended to do this entire season, but there was a change in assignments and they went with a bunch of younger guys. And that’s life, and I don’t have a problem with that.”

Save
Tags: Sons of the Legion, Baseball, Legion Riders