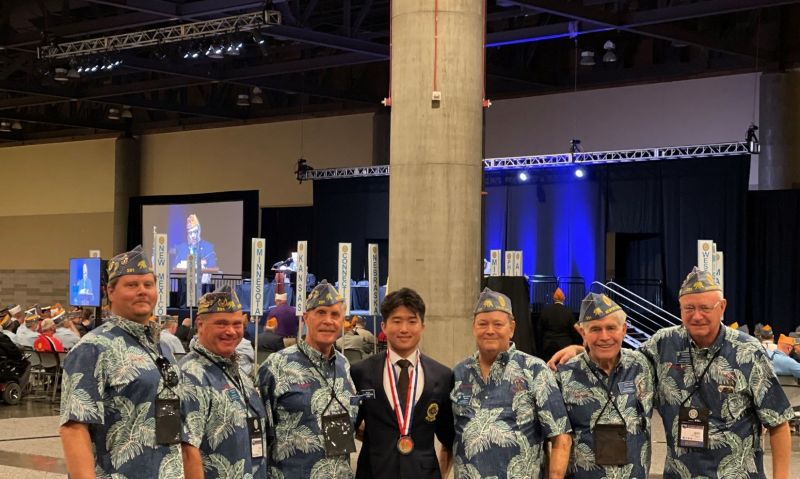 All three expressed their appreciation for the opportunities provided by The American Legion’s youth programs.

“Serving as the president of the 75th session of Boys Nation, where I had the privilege to bear witness to energetic young men steering the direction of our country, not left, not right, but forward, is the least I could do to express my gratitude,” Jung said.

Sporter champion Maya Cameron said her participation in the sport had helped her grow.

“It’s through opportunities like this that young people my age are able to become a better person and more productive member of society,” she said.