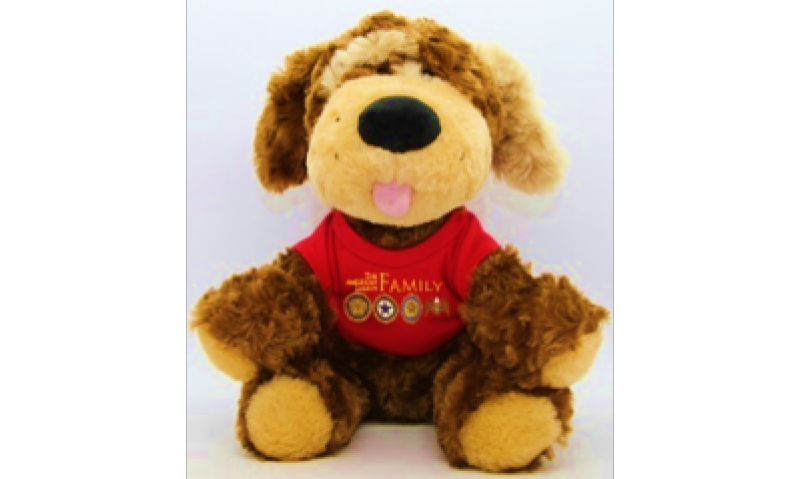 More than 2,000 of the soft, cuddly brown dogs wearing a red American Legion Family shirt have been given to children since March 2020 “to help them cope with difficult times in their lives.” A few weeks ago, nearly 300 dogs were given to children at a Wisconsin National Guard deployment ceremony of more than 260 servicemembers.

“There are times when being at a deployment is very emotional. Kids, especially the little ones, aren’t always sure what is going on around them,” said Robert Sirovina Jr., Detachment of Wisconsin Children and Youth chairman and past detachment commander. “When we reach out to hand them a dog, sometimes they are a little shy about taking it. But as soon as they hold him and hug him, the smiles are so big.”

Unlike the GI Josh dog that Sons of Wisconsin members used to hand out at deployments before the program ended in 2019, Operation A.L.F. dogs do not come with a name in effort to give kids “an opportunity to name the little guy whatever they wanted so they could relate to him a little more personally,” Sirovina said.

The dogs are given to children and their families at no cost. The Wisconsin Sons of The American Legion are happy to provide an Operation A.L.F. puppy to children who need a companion to help them through a hard time. For more information on receiving a dog, please email Sirovina at wisalcmdrbob@att.net.

“We have been told many times that these comfort animals become so important to the kids that they sleep with them while the parent is deployed, and long after. For us it is such an honor to spend this little time with these young heroes and bring smiles to their faces.”

To learn more about the Operation A.L.F. program and how to support it, click here.

Save
Tags: Sons of the Legion, Youth Support