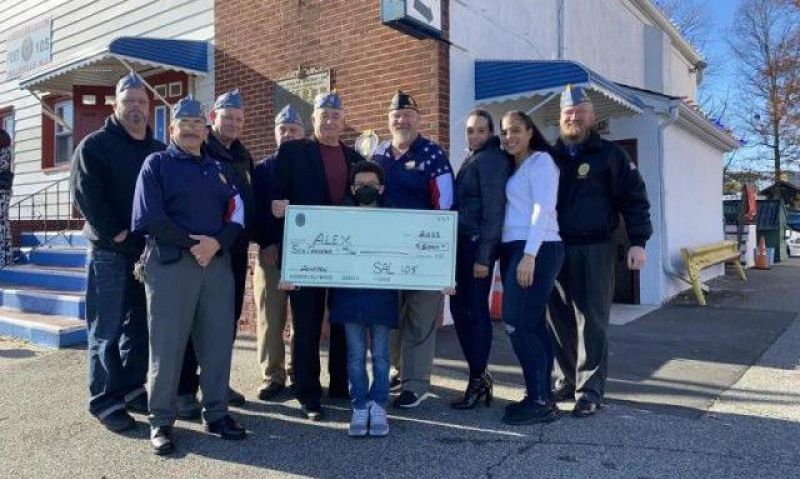 Sons of The American Legion Squadron 105 in Belleville, N.J., recently presented a $6,000 check to the family of a nine-year-old boy who has battled leukemia.

Alex was first diagnosed when he was six years old. He beat cancer in November 2021 but relapsed the following February. The Legion Family at Post 105 made it their mission to raise money to help Alex’s family with the medical expenses.

An Aug. 28 benefit BBQ spearheaded by Squadron Commander Steve Sangemino and Erica Portee — Alex’s aunt and the daughter of a Post 105 Legionnaire — drew attendees and donations from across the area. Among the donors were American Legion Post 299, Belleville Mayor Michael Melham, and others.

Squadron 105 Adjutant Rusty Myers, in sharing the story on Legiontown, added, “Members of the American Legion Auxiliary, which is going through the chartering process at Post 105, were also indispensable with their help.”

On Dec. 6, Alex and his family met with squadron members as well as Santa Claus at Post 105. His mother, Lydia Alvarez, said they were “humbled and thankful for this surprise you have all done for us … and more importantly that you have treated us like family.”