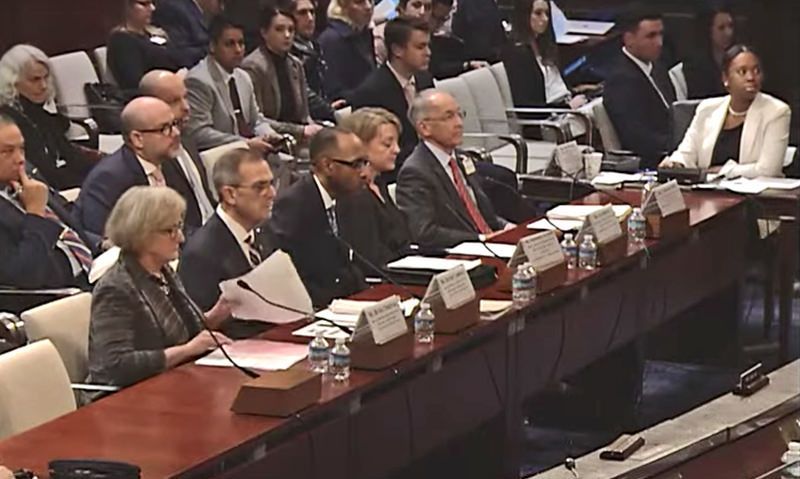 The House Committee on Veterans’ Affairs held a hearing Jan. 29 on the suicide epidemic in the veteran community. During the hearing, witnesses from the Department of Veterans Affairs (VA) testified on how the statistics around veteran suicide are compelling the department to modify its approach in addressing the critical issue.

“We have begun a multi-prong strategy that places veterans at the center of care,” said Renee Oshinski, Deputy Under Secretary for Health for Operations and Management at the Veterans Health Administration (VHA) . She said VA officials are continuing to research and improve strategies, as well as provide specialized training to employees in high risk departments on identifying those veterans experiencing a mental health crisis. Through VHA’s efforts, Oshinski testified they have decreased the rate of suicide from 4.2 deaths per 100,000 admissions to less than one per 100,000 admissions.

The American Legion provided a written statement for the hearing that said while preventing veteran suicide is a top priority for VA, the national issue exceeds the ability for one organization to handle alone.

The American Legion remains deeply concerned by the trend of suicides reported at VA facilities and how staffing shortages at VA hospitals and clinics may be a contributing factor. Data released in September 2019 reported 2,500 occupational staffing shortages across the VHA system. Notably, 60 percent of facilities reported severe staffing shortages for psychiatry, making it the most cited clinical occupational shortage. Through American Legion Resolution No. 115, the Legion urges Congress to pass legislation improving VA’s hiring process, as well as increase funding for recruitment, retention and relocation.

Veterans living in remote, rural areas often struggle to access care in a timely manner, therefore compounding issues during a mental health crisis, the Legion wrote. VA has established a relationship with The American Legion and Philips Healthcare to expand telehealth capabilities through Project ATLAS (Accessing Telehealth through Local Area Stations). Philips will install communication technologies and medical devices in selected American Legion and Veterans of Foreign Wars posts, enabling remote examinations through a secure, high-speed internet line. Project ATLAS will increase accessibility of essentials care to those in crisis.