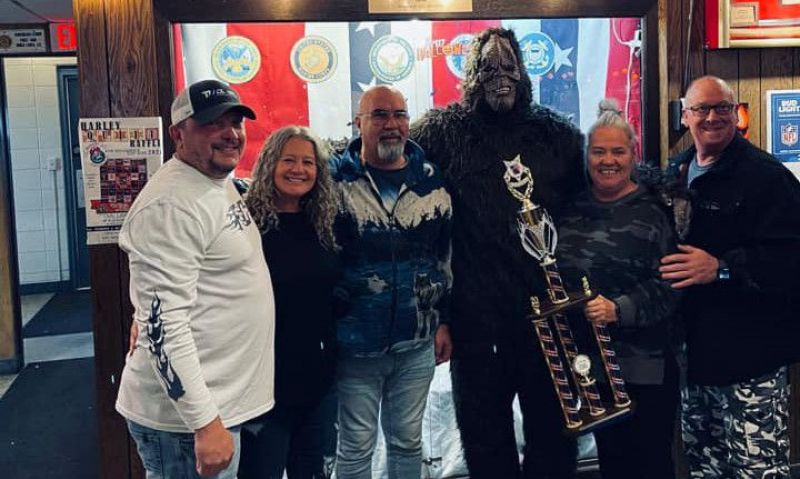 For Department of Montana Legionnaire Jim Clark, veteran suicide and suicide prevention are subjects very close to his heart. First off, the member of American Legion Post 4 in Billings knows the effect military service can have on an individual, having been diagnosed with post-traumatic stress disorder and undergoing counseling for it.

And then there was the veteran that Clark met at the Fort Harrison VA Medical Center in Helena who was a single father of two daughters. The veteran eventually moved into a rental across the street from Clark, who became close to the veteran and his daughters. For around a year Clark had morning coffee with the veteran and watched football games together on Sundays.

“And then one day I went to work and came home and there were a bunch of cops outside of his building,” Clark said. “I ran over there and said, ‘what happened?’ and they said, ‘he killed himself.’ It kind of destroyed me for a while. I couldn’t figure out how, with all the efforts I’d made and him seeming to be doing much better, how he still felt it necessary to end his life. It just bothered me, so I continue investing my time and effort in and around veteran suicide.”

Those efforts include a new take on suicide awareness in the form of the post’s Bigfoot Scavenger Hunt on Halloween. For Clark, it was an opportunity for the community to get involved and at the same time learn about resources available to veterans. Those who signed up for the hunt were given clues along each way to the location of the hidden Bigfoot. And at every stop along the way, 12 total, were resources for veterans

“I tried to come up with a way to involve the community, get people out and have them doing something fun,” Clark said. “But at the same time, show them what facilities and involvement the community has in assisting veterans.”

The services shared at each site included the VA Vet Center in Billings; Dog Tag Buddies, which provides veterans with a dog companion or service dog; and the Veterans Meat Locker, which provides free professionally processed wild and domestic meat for veterans and their families.

“I just reached into the local community and found 12 locations that were involved in veteran programs or veteran opportunities, so that while (participants) were involved in the scavenger hunt, they could at the same time learn about what was available in our community for our veterans,” Clark said. “So even after the event, if they ran into a veteran that needed help in some area, they’d be able to direct them to what they were exposed to in the scavenger hunt.”

Clark reached out to local media to publicize the event, as well as to U.S. Sens. Jon Tester and Steve Daines, who shared with local radio stations what is being done at the legislative level to raise veteran suicide awareness.

The first clue was posted onto American Legion Riders Chapter 4’s Facebook page; each location going forward contained a clue for the next spot. The hunt started at the Department of Veterans Affairs clinic in Billings and finished at Post 4. Around 30 people took part in the hunt.

“Suicide awareness isn’t a one-time conversation and then it’s over,” Floyd said. “I’m hoping we can continue this in the years to come. To me, it was a success.”

Clark hopes to build on that success by having the hunt during the summer next year “so we can get a lot more people involved. But even the people that participated in this event, they all came up to me, gave me hugs and said ‘Jim, we had a blast. It was a lot of fun. We learned a ton about what veteran resources are available in our community. We’re going to tell everybody we know about it. And if you hold it again next year, we’re not only going to return, but we’re going to bring as many family and friends with us as we can.’

“It looks like it’s going to be a great ongoing event. And my end result is I want to turn those numbers around when it comes to veteran suicide. That’s what my hope for this was.”