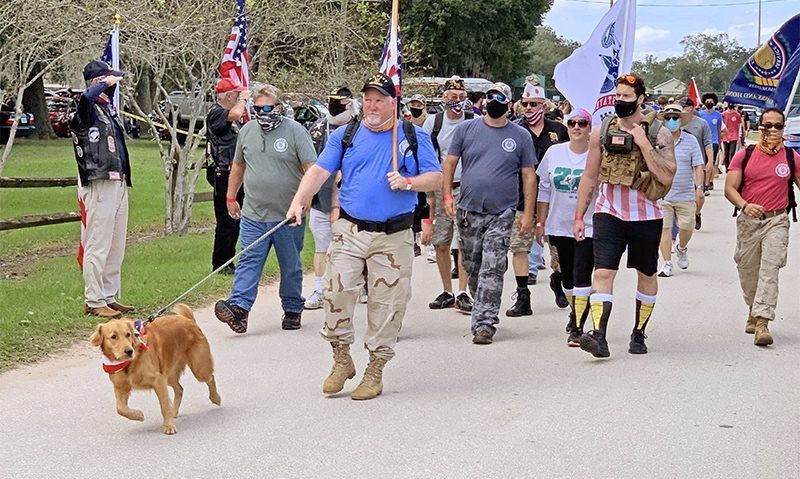 American Legion Post 63 in Winter Garden, Fla., is hosting its fifth annual Challenge 22 event to raise money and community awareness about the 22 veterans that commit suicide a day.

The event will be held Saturday, Nov. 13, from 10 a.m. to 3 p.m. at Veterans Memorial Park, 420 S. Park Avenue in Winter Garden. It will kick off at 10 a.m. with an opening ceremony, followed by a 2.2-mile ruck walk, then a family picnic. Learn more about the Challenge 22 event and participation here.

The picnic will include food, live entertainment, raffles and games for kids. And World War II veterans will be honored for celebrating their 99th and 100th birthdays.

Post 63’s goal is to raise $100,000, which will be distributed among suicide-prevention groups, treatment providers and nonprofits that help veterans in need of mental health assistance, including The American Legion Department of Florida’s Project VetRelief.

“Challenge 22 is a concept or event where you’re engaging your community to raise awareness about veteran suicide,” said Kurt Gies, Post 63 commander. “It’s wherever you, as a post, take ownership of the problem and raise some awareness.”