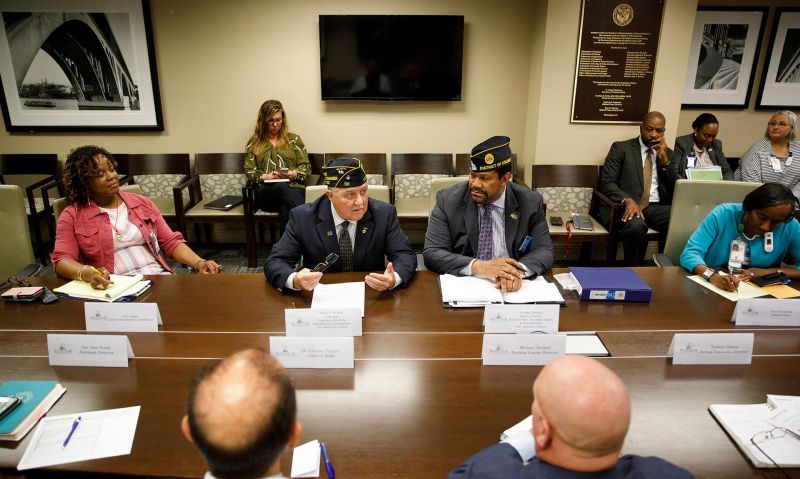 Legion members speak to VA staff following a visit to the VA Medical Center in Washington, D.C., during a System Worth Saving site visit. Photo by Tom Brenner/The American Legion

The American Legion System Worth Saving (SWS) program is hosting a town hall for veterans in the Bronx on Dec. 5.

In just the second SWS visit since the pandemic paused the program, American Legion representatives, VA staff and others will conduct the town hall on Monday, Dec. 5, starting at 6 p.m. It will be held at American Legion Sam Young Post 620, 1530 Hutchinson River Parkway, Bronx, N.Y. 10461.

During the town hall, veterans are invited to discuss their VA health-care experiences at the Bronx VA medical center. Veterans are encouraged to submit questions ahead of time on this web form.

In 2023, The American Legion is planning to conduct 10 SWS visits, including those in Puerto Rico and Sacramento, Calif., which were postponed this year.

The SWS visits began almost 20 years ago. The most recent visit to the Bronx was in 2011.

The American Legion System Worth Saving task force initiated a series of visits to VA facilities throughout the nation in 2003. During each visit, task force members investigate use of resources; note successes, challenges and limitations; and deliver after-action reports of their findings to Congress, VA officials and the public.