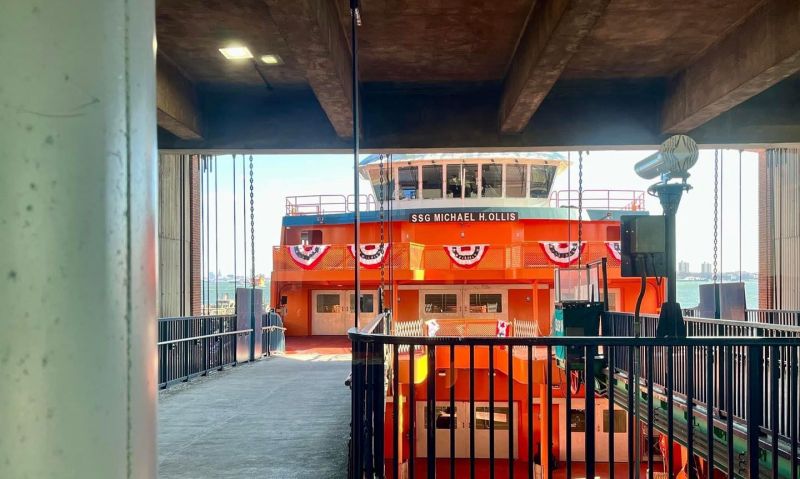 I had the distinct privilege of commenting across the Verrazano-Narrows Bridge to the St. George Ferry Terminal to witness the dedication of a new Staten Island Ferry, the SSG Michael H. Ollis, on Feb. 14.

The ferry is named in honor of U.S. Army Staff Sgt. Ollis, a native of New Dorm, N.Y., who died while serving in Afghanistan.

Ollis was deployed to Afghanistan with the 2nd Battalion, 22nd Infantry Regiment, 1st Brigade Combat Team, 10th Mountain Division (Light). He was killed in action on Aug. 28, 2013, by giving up his own life to protect a Polish soldier and his fellow soldiers during an attack by a suicide bomber at their Forward Operating Base (FOB Ghazni).

The parents of Ollis, Bob and Linda, were in attendance for the boat’s inaugural ride ceremony, along with state dignitaries, members of American Legion Post 126 and 1320 of Staten Island, VFW SSG Michael Ollis Post 9587, and me.

All of us enjoyed the view of the New York Harbor, and I was honored to interview Bob and Linda while aboard the ferry with their son’s namesake.  His awards and decorations include the Army Service Medal, National Defense Service Medal, Global War on Terrorism Expeditionary Medal, Afghanistan Campaign Medal, Overseas Service Ribbon, Purple Heart, Distinguished Service Cross (posthumously awarded), Noncommissioned Officers Professional Development Ribbon, and various other awards and decorations. There is a foundation in his honor called the SSG Michael Ollis Freedom Foundation at ssgollis.org/.

Jesse Figueroa is a member of The American Legion Media Alliance and of Post 1636 in Brooklyn, N.Y.