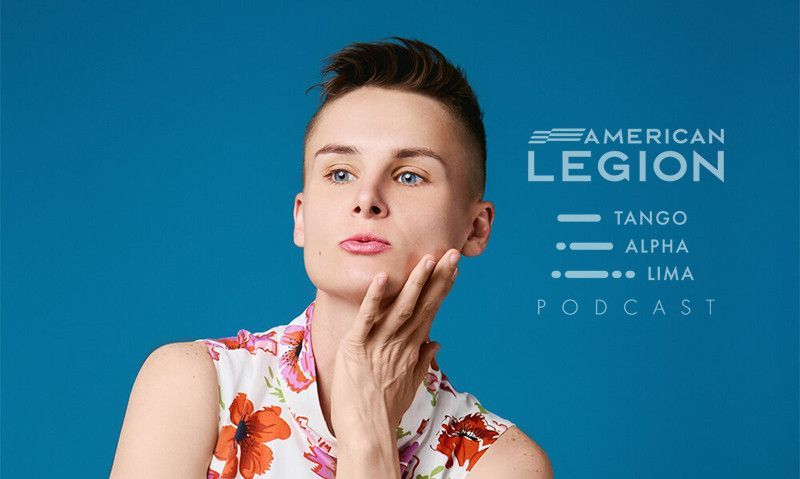 She previously appeared as a guest in this podcast episode from last year.

Gutermuth, who is married to a pilot in the Air Force Reserves, appeared on “The Tonight Show” with Jimmy Fallon where she was chosen by Jerry Seinfeld to win the “Seinfeld Challenge.” In 2021, she won the headliner category of the U.S. Comedy Contest.

Here is more about the newest member of the Tango Alpha Lima podcast team:

Question: Introduce yourself to us — who is Ashley Gutermuth?

Answer: I am a stand-up comedian, actor, military spouse and military advocate. I have six Roombas. I used to have seven but the seventh one ran away to a dirtier house.

Question: When did you first realize that you had a knack for comedy?

Answer: I have always loved comedy and making people laugh. I grew up listening to comedy nearly constantly. I used to go to work with my parents and we would listen to British comedy on the long commutes.

Question: What does it mean to you to be part of The American Legion Tango Alpha Lima podcast?

Answer: I love being a part of the Tango Alpha Lima podcast! I had a great time when I was a guest and it's exciting to be able to transition to being a host. It's so nice to be part of a wonderful team.

Question: Where do you see the podcast growing in the years to come?

Answer: I imagine Jeff and I will eventually end up in some sort of bunker talking about which MRE tastes best and fist fighting over the tiny bottle of tabasco.

Question: You're active on social media. For some people, social media can lead to a negative experience. Tell me about your approach to making it a safe place for those seeking entertainment and positive experiences?

Answer: Social media can be a dumpster fire. I have people hurling abuse at me every day. However, I get to decide how it impacts me. Anyone who is insulting others online is only acting out because they are unhappy with their own life. I try to be compassionate to them. Ultimately, my goal is to make it so my pages are fun places for people to hang out and interact with one another.

Question: What else should we know about you, the podcast and all the things?

Answer: I run every day, whether I want to or not. My running streak turns eight years old in January 2023. About three years ago I started picking up litter while I run and have picked up over 1,000 pounds of trash. Sometimes people are curious about the most disgusting thing I've ever found. I would tell you but I want you to be able to sleep at night.

If I'm not performing or running you will probably find me using my metal detector or deep in a garbage bin, trying to find treasure. Last week, I found a shirt that said “World's Best Grandpa.” Fits perfectly.