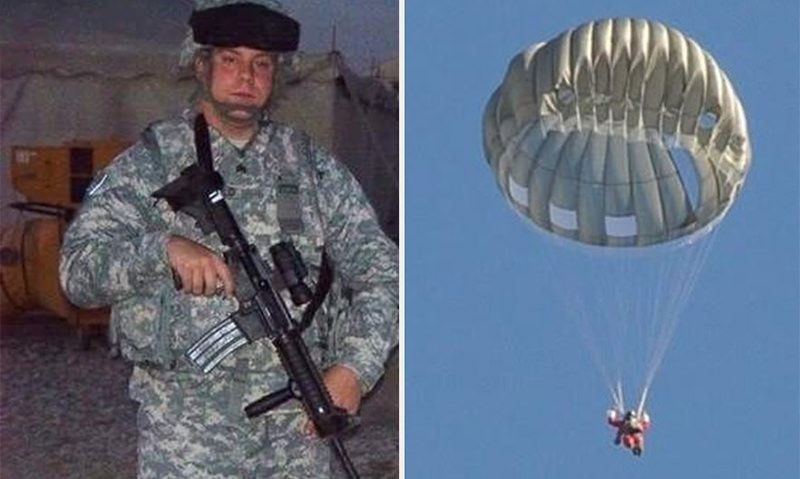 After taking a medical discharge in 2017 after suffering injuries to his legs, head and neck during a nighttime training operation, U.S. Army Staff Sgt. Dustin Maxfield wasn’t entirely sure what he wanted to do next.

But he was sure he wanted to do one thing: continue to serve in some capacity. A 16-year member of American Legion Post 233 in Oak Grove, Ky., Maxfield already was serving his fellow veterans. But he took that a step further in 2018, founding the nonprofit Sheepdog Initiative.

Maxfield’s service to others after his military career is being recognized on a national stage this week. This weekend he and his father – Air Force veteran, 46-year Legionnaire and current Post 233 Adjutant Rodney Maxfield – will be guests at Super Bowl LIV in Miami. Their tickets were provided by The American Legion, USAA and Tennessee Titans quarterback Ryan Tannehill as part of USAA’s Salute to Service program.

“It’s very humbling and kind of surreal. And it’s even better that I get to experience it with my dad,” Maxfield said of the opportunity. “We definitely don’t take that for granted. You get an opportunity like this and you're like, ‘Well, there’s a thousand other people that deserve it way more than we do.' Not complaining, obviously, because we’re more than happy to go.”

Maxfield – who serves as Post 233’s vice commander, as well as Kentucky’s District 2 vice commander and the department’s POW-MIA chairman – will get the opportunity to hang out with Tannehill, who helped guide the Titans to this season’s AFC Championship Game. Maxfield and his father also will visit USAA’s Salute to Service Lounge at the Super Bowl, attend the NFL Honors awards ceremony and a tailgate before the game on Sunday.

Tannehill praised Maxfield in announcing the awarding of the tickets, tweeting out “From helping homeless veterans, to arranging for service dogs for vets suffering from PTSD & TBI, Army vet Dustin Maxfield continues to serve.”

“I really didn’t know where I belonged after I chose to take that discharge and step away from the military,” Maxfield said. “It’s a huge adjustment, and I didn’t know what to do. I knew I wanted to continue to serve. I just didn’t know on what level.”

Maxfield said The American Legion has “supported (Sheepdog Initiative) since Day 1, and they really helped in my transition. I had a place to where there were other veterans who were maybe feeling the same way, or I knew at least I had a brother or sister to talk to about it.”

Maxfield was one of three veterans honored with a trip to The American Legion National Convention in August 2019 through Operation Comfort Warriors. Maxfield said his appreciation for what the Legion does continues to grow.

“It’s one of the things I love most about The American Legion. They’re one organization that’s really in it to take care of veterans,” he said. “That’s why we’ve chosen to stay a part of that and, in a lot of cases, do the best we can to forward that and help it out.

"We’re so thankful for The American Legion, USAA, and the Titans and Ryan Tannehill for doing all this. It really puts things into a bigger perspective. It just drives you to want to be better when you see people doing other good things for other people.”