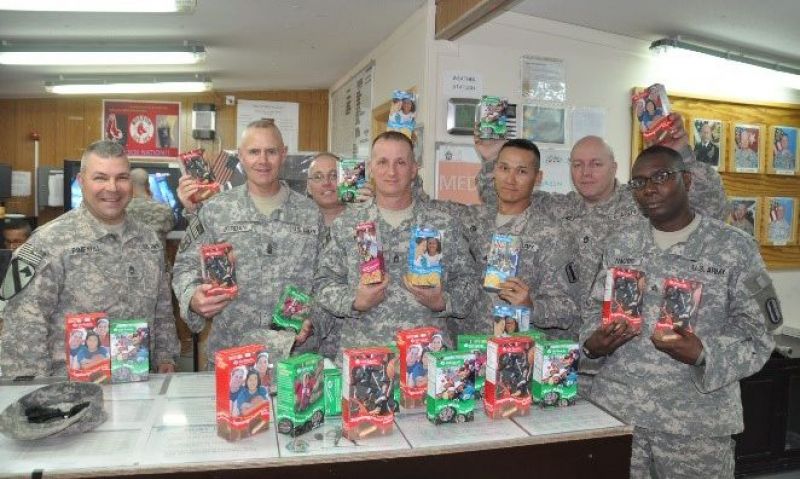 Connecticut Legionnaire Donna A. Monteleone doesn’t know if a Valentine’s Day card sent to a member of the U.S. military from a stranger is going to change that servicemember’s life. But if it can make a little bit of a difference, it’s worth it to the senior vice commander at American Legion Post 202 in Newtown.

That’s one of the reasons Monteleone has headed up the Valentines for Troops program in Newtown, first as a veteran and parent, and now as a member of Post 202, which began sponsoring the program after Monteleone headed up a revitalization effort of the post in 2017. Each year, beginning in January, area students and members of the community write cards and letters to members of the U.S. military, which are then sent out in time for Valentine’s Day.

It’s a small gesture that may end meaning much more – especially during the coronavirus pandemic, when movement and travel among the military is even more restricted.

“This is not like you and I … who can go to work or to the supermarket or CVS or whatever,” said Monteleone, who served in the U.S. Army from 1978 to 1983 and then in the Army Reserves until 1990. “Some of them can’t do that. It’s really rough on them, and that’s why this program is so important.”

The idea for Valentines for Troops came in 2005 after Monteleone and her family had moved to Newtown after living in the Czech Republic for three years on a corporate assignment. Her son’s second-grade teacher at Sandy Hook Elementary, Carole MacInnes, had her students annually take part in a letter-writing project to their grandparents, but that fall came to Monteleone and said she wanted the 2006 effort to include sending letters to U.S. military personnel serving overseas.

Having just moved to Newtown and knowing hardly anyone, Monteleone wrote a letter to the local paper to publicize the effort, and then began visiting local churches synagogues, “which was good because I got to know places and people,” she said.

The first year’s effort produced 50 cards and letters. “It sort of exploded after that,” Monteleone said. “People got letters back, and the kids and their parents and the school were thrilled. It grew and grew and grew.”

Post 202 came aboard after Monteleone – who previously had joined nearby Post 176 in Monroe to learn more about The American Legion and how to reactivate a post – led a revitalization effort at 202 in late 2017 and has sponsored the effort ever since. Last year, more than 700 cards and letters were collected and sent.

This year the cards and letters will go to members of the Connecticut National Guard, as well as the U.S. Coast Guard, Marines, Air Force, Navy and Army, either stationed stateside or overseas. Monteleone said she’s heard from a Vietnam veteran who teaches at Sandy Hook Elementary what the value is in receiving a card or letter from home.

“He told me ‘when I was in Vietnam, I would have given my right arm to get a letter from a kid like this,'” she said. “We certainly have, year on year, had (recipients) say ‘I really appreciate this. This made my day.' Even pre-COVID, this has been a big impact on people.”

Anyone wishing to participate in Valentines for Troops can do so by emailing Monteleone at americanlegionnewtown@gmail.com.