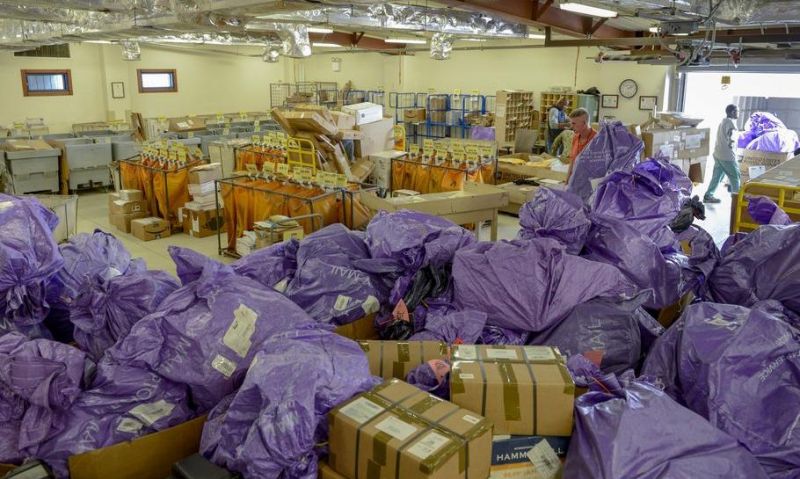 Service members overseas will have to pay more to mail packages to the U.S. starting next month when the U.S. Postal Service hikes rates for the peak end-of-year holiday period, a USPS spokeswoman said.

The price increases, which go into effect on Oct. 3 and run through Dec. 26, will affect all domestic U.S. mail, including anything sent to military or diplomatic postal addresses overseas, spokeswoman Kim Frum told Stars and Stripes in an email Tuesday.

The temporary price increase means anyone who ships packages using the USPS flat-rate priority mail service will have to pay 75 cents more for the white box the goods are mailed in.

Packages sent from Germany or Djibouti in East Africa to Colorado by non-flat-rate priority mail will cost between 75 cents and $5 more for shipping, depending on the weight of the package. The same parcel service between Camp Humphreys in Korea and Ohio will cost between 25 cents and $2.50 more, according to information on the USPS website.

The postal service calculates shipping rates using a system of zones. The zone for a package sent from Germany to Colorado is not the same as for one sent in the other direction, but the shipping price appears to be, according to a calculation done by Stars and Stripes using information on the USPS website.

Rates for shipping via priority mail cubic, which is based on a parcel's dimensions rather than its weight, and first class package service will increase by between 25 and 75 cents for all zones.

The Pirate Ship mailing service, which ships through the USPS but gives individuals and small businesses a discounted commercial rate usually reserved for organizations that mail at least 500,000 items a year, said it will be launching a new service on Oct. 3 to offset the temporary USPS price rises.

Prices are not going up for mail sent to recipients outside the U.S. who don’t have military or diplomatic postal addresses, Frum said.

All parcels sent from military addresses overseas still require a customs form to be completed online.

U.S. Army Europe said in a brief statement that it was aware of the looming price increases and planned to communicate the changes to the Army community.