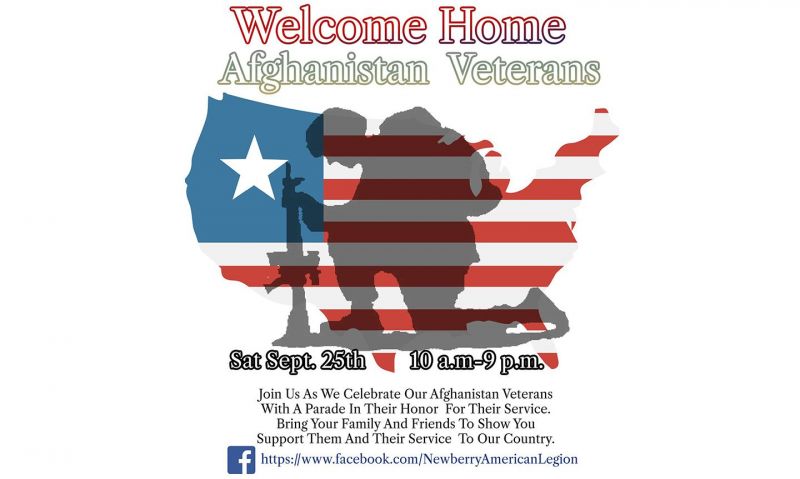 Knowing U.S. troops were to completely leave Afghanistan in September, Florida Legionnaire Bob Watson wanted to do something to thank those veterans who’d served there during the War on Terror. But after watching events unfold as the U.S. presence dwindled – including the loss of 13 U.S. servicemembers in a suicide attach at the Kabul airport – Newberry American Legion Post 149’s “Welcome Home Afghanistan Veterans” event has taken on an even bigger meaning.

Post 149 is putting on a parade and expo for Afghanistan veterans – and any other U.S. veterans wishing to attend – on Sept. 25 in Newberry. And an event that was originally supposed to take place at the post has been moved to a 7,000-square-foot wedding venue because of the outpouring of support from sponsors and vendors who want to participate.

“A lot of us Vietnam veterans, when we got home we weren’t treated that well, and resources weren’t available,” said Watson, who joined Post 149 around a year ago and is serving as the event coordinator. “So a couple months ago I said ‘these guys and gals coming home, they need to have something.’ So we put together the resources for this program.”

A parade will take place Saturday morning, prior to an opening ceremony and expo at Clark Plantation. The expo will include information booths on veteran benefits, counseling, employment and housing. Also on the schedule is a car show, a silent auction and raffle, a mobile blood donation center, live music, food vendors, and a bounce house, face painting and balloon artist for children.

“We were just going to have a parade in Newberry. And it just started to grow,” Watson said. “And then we were going to have it at (Post 149), and we outgrew that. Everyone we talked to (about participating) never said no. Everyone was saying ‘what can we do to help?’ And I’m still getting calls.”

Watson said the outpouring of support for the event shows “that people care about the veterans. Everyone’s saying ‘we want to help the vets.’ And being a vet myself, I’m very happy and pleased we’re getting the resources and people coming to help.”