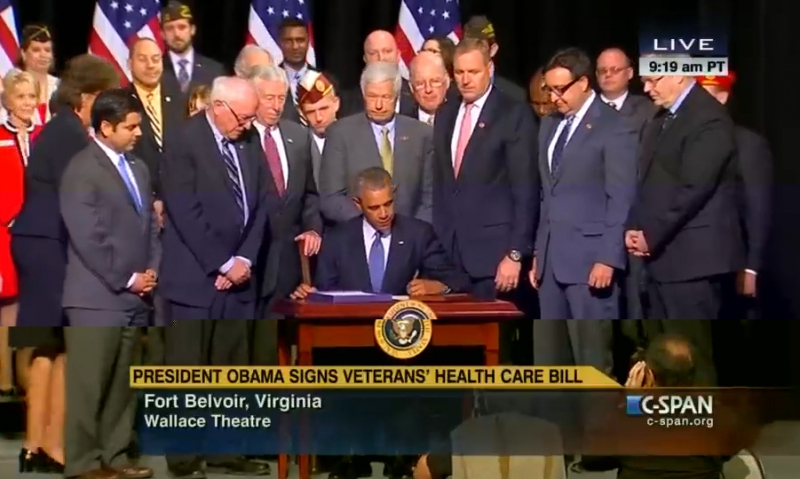 “Today, another step is taken in the journey to restore trust in VA among our nation’s veterans,” Dellinger said after the bill was signed this morning. “We all understand it’s going to be a long journey. Those veterans who have been waiting a month or longer for medical appointments do not have time to wait for the entire journey to end. They need to see doctors and caregivers now, and that’s what this funding is expected to provide, on a temporary basis. The longterm solution is not to voucher out VA health care.”

The reform package, which provides additional VA medical staff and allows VA greater authority to dismiss directors who fail to meet expectations, was introduced after VA whistleblowers came forward last spring to announce that they had been directed to falsify appointment records leaving some veterans on secret lists with no appointments scheduled at all.

Since then, The American Legion has conducted seven town hall meetings and has provided support by conducting Veterans Crisis Command Centers in seven communities, with more scheduled in the coming months.

So far, the American Legion command centers have personally helped more than 2,000 veterans gain access to the VA system, apply for benefits and receive other forms of help.