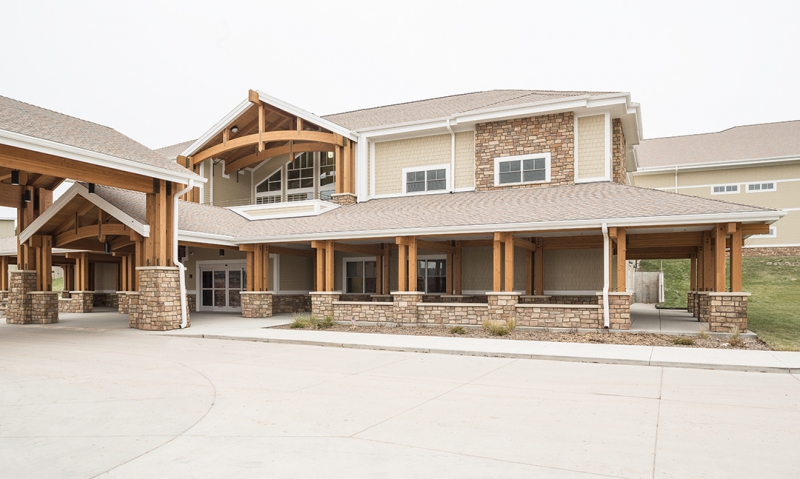 The American Legion Department of South Dakota has seen the hard work of making its case to state officials pay off with input in the process of a new state veterans home.

A lackluster relationship between the Legion and the state began to improve in 2010, when Department Adjutant Denny Brenden and Department Service Officer Warren Aas approached both gubernatorial candidates about re-establishing a state cabinet-level Veterans Affairs department, which had been downgraded to a division in 1972. In years previous to this, the Legion had enjoyed a much higher stature in the state capital of Pierre (pronounced “peer”) – in fact, Legionnaire Walter “Speedy” Travis became renowned enough for his lobbying efforts after World War II to have a chair outside the House chamber named after him.

Both candidates agreed, and the winner, Dennis Daugaard – now reaching the end of his second and last term – was as good as his word. The Legion was asked in 2011 to help pick the best candidate for secretary of the new department – Larry Zimmerman, who continues to hold the office today.

At the same time, discussion was ramping up on what to do about the state veterans home in Hot Springs. The first Dakota Soldiers Home was established in 1889, and over the years the facility failed to keep up with changing times.

“Everyone knew that something had to be done,” Aas says.

The cost to bring it into compliance with the Americans with Disabilities Act was prohibitively high, so the idea was floated of building a new facility more central to the state than Hot Springs’ southwest corner. The Department of South Dakota opposed moving or closing the facility in a 2010 resolution, and their input was heard at the state level. It was ultimately decided to raze some of the older buildings on the campus and build brand new.

Work on funding began in 2010, and construction was formally approved by the state legislature in 2013, with a groundbreaking in September. During this time and throughout the construction process, Zimmerman and Lt. Gov. Matt Michels consulted with department leadership for their input; the home’s superintendent traveled to department meetings and conventions to keep Legionnaires up to date.

The Michael J. Fitzmaurice State Veterans Home officially received its residents in January 2016, along with a formal dedication. Fitzmaurice, a Legionnaire, was awarded a Medal of Honor for his actions during the Vietnam War; a statue of him sits in the lobby. The two-story, 133,000-square-foot facility has beds for 100 veterans plus some capacity for spouses or family. A “neighborhood” design incorporates several rooms and common areas in each spoked wing. Several green elements were included in the construction, from low-flow fixtures to utilizing local wood chips as a fuel source.

Legion department officials were present at the dedication, and the project as a whole stands as a testament to the power of speaking up. Says Brenden, “We have a voice in matters concerning veterans.”